Why Mnangagwa should go it alone 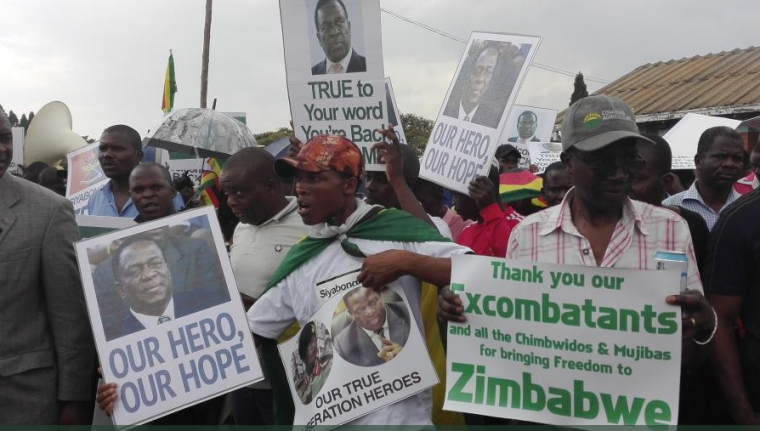 The world hates Emmerson Mnangagwa. Make no mistake about that.  It just hates Robert Mugabe more so Mnangagwa is a better devil. The world can, therefore, tolerate him for now because he has gotten rid of Mugabe whom they have failed to dislodge for almost two decades despite international sanctions on him and his administration.

Even some Zimbabweans hate him. People should not be fooled by the crowd that welcomed him as a hero. They love him because they hate Mugabe more.  A Google search will show you that Mnangagwa is blamed for the Gukurahundi massacres of the 1980s more than anyone else including the then Commander-in-Chief of the Defence Forces, the Minister of Defence and the Commander of the army.

He has been described as a worse dictator than Mugabe. Even today a headline described him as a “ruthless successor” to a despot.  But everyone is rallying behind him and encouraging him to form a coalition government or a government of national unity to bring back stability to the country.

I believe that Mnangagwa should go it alone because he has a lot more to prove that can be diluted or even be side-tracked by a coalition government.

I say so because I believe that Mnangagwa needs a mandate of his own. He might have been behind the current victory but to the ordinary person it belongs to Constantino Chiwenga.

Mnangagwa should get his own mandate so elections scheduled for next year must be held as scheduled. A coalition can delay these elections just like the previous arrangement did. Elections were supposed to be held within 18 months but it took more than three years.

Some people have argued that Zimbabwe needs time to be able to hold free and fair elections. I don’t think so. In 1980, elections were held within two months of signing the Lancaster House Agreement. And they were deemed free and fair by the international community.

All Mnangagwa has to do, in my opinion, to ensure that Zimbabwe holds free and fair elections is to implement what the opposition parties have been calling for. This is in writing and can be dome at the stroke of a pen.

I also believe that Mnangagwa should go it alone because he has a lot to prove to the electorate. He can only change the bad image and the perception that he is ruthless if he is in control.

I also believe that you need only one voice to get rid of the country’s greatest vice, corruption. A coalition government will only make things worse as the last inclusive government proved. Everyone unsure about their future after the coalition would go on a looting spree and if arrested they will cry harassment or victimisation.

I also believe that Mnangagwa should go it alone because at 75, I see him as a one-term president. Zimbabweans do not need another octogenarian or nanogenarian. They have seen what happened to Mugabe as he got older.