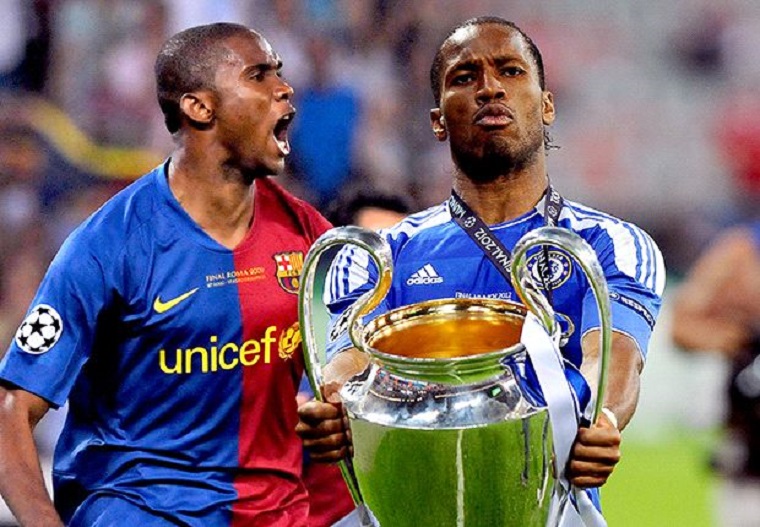 Casillas throws the ball to Thuram, standing on the edge of his penalty area.

The big defender passes to Zidane, who turns and dribbles past two opponents before playing a precise through-ball for Iniesta, who lays it on for Alves on the right wing.

Alves curls in an accurate cross, Tevez rises at the far post to meet it with a powerful header – goal!

This may sound like the commentary for a testimonial or charity match, at which an all-star team of football legends past and present line up for a good cause.

But at this match there are no supporters cheering the players on.

There are no TV cameras recording the play, and not even a single blade of grass on the pitch.

We are in the Senegalese capital of Dakar, on a dusty pitch, watching a cup game between two local under-19 teams.

While local league teams play in almost deserted stadia, audiences crowd around televisions to follow the latest matches of the English Premier League, the Spanish La Liga, or the pan-European UEFA Champions League.

The latest goals, controversies and transfers in Europe are the subject of passionate debate and discussion on the streets of Dakar.

By contrast, the local leagues attract hardly any interest.

This is true in very many African countries.

But I explore what lies behind this discrepancy in Senegal.

As well as why a nation so in thrall to the beautiful game seemingly ignores the major competitions taking place on their own doorstep?