Who will have the last laugh- Grace Mugabe or Mnangagwa? 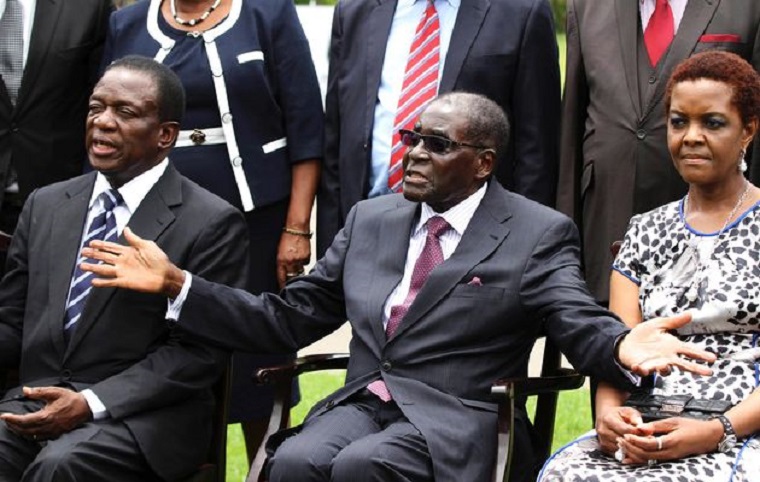 On Sunday Emmerson Mnangagwa, or whoever is tweeting in his name, laughed off a claim by First Lady Grace Mugabe that he planted people in the crowd in Bulawayo to boo her, something that upset her husband President Robert Mugabe to tell a rally in Bulawayo that if he made a mistake of appointing Mnangagwa as one of his deputies he would remove him the following day.

According to a tweet reproduced on ED Mnangagwa’s twiiter page, The Herald reported: “Yesterday, the VP planted people in the crowd (in Bulawayo) to boo me. But I am a hard core. I am made of steel,” says Amai #supersunday

Instead of the demon coming out, it is Mnangagwa who is out.

Grace has won the first round and is having her last laugh.

Party provinces are already endorsing her to become the party vice-president and ultimately the country’s Vice-President.

But the special congress is still five weeks away.

Mnangagwa who was accused of remaining silent while turmoil rocked the party has said on his twitter handle that he is going nowhere.

“my conscience obliges me to uphold the code of conduct of my beloved party i refuse to be drawn into a shameful public political circus,” he tweeted on Sunday.

ZANU-PF provinces that were once believed to be loyal to Mnangagwa have started drafting resolutions to have him fired from the party.

It is therefore not clear whether he is still going nowhere or as Grace Mugabe said he is now just a walking grave.