What Tsvangirai said at the launch of the MDC Alliance? 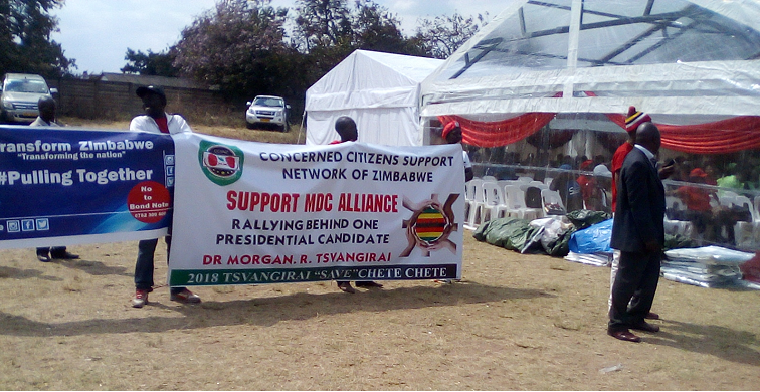 The two former secretary-generals of the Movement for Democratic Change today forged an alliance with their former boss Morgan Tsvangirai to form what is now called the MDC Alliance which will field Tsvangirai as the presidential candidate to contest Zimbabwe African National Union—Patriotic Front leader Robert Mugabe next year.

Welshman Ncube who now leads the smaller faction of the MDC was the founding secretary of the party but parted ways with Tsvangirai in 2006 following a leadership dispute over whether to contest the re-introduced Senate seats.

But observers say the underlying reason was Tsvangirai’s style of leadership.

Biti and his colleagues demanded that Tsvangirai should step down to give way to a new leadership to steer the party.

Earlier reports had said Biti would not attend the launch of the Alliance because he allegedly still had to consult his party structures.

The three leaders were joined by leaders of two other smaller parties Agrippa Mutambara of Zimbabwe People First and Jacob Ngarivhume of Transform Zimbabwe.

Speaking at the launch Tsvangirai said today was the beginning of the march to victory.

“Our alliance goes beyond simply consigning Mugabe and ZANU- PF to the dustbins of history.

“We are very clear that the real work and purpose of our alliance begins the day after the defeat of the strongman and his clueless colleagues.

“Put simply, ladies and gentlemen, our alliance is sprucing up a common policy agenda that we are certain will drive the country out of the current doldrums and put the smiles back on the face of the people of Zimbabwe,” he said.

Below is Tsvangirai’s full statement