What I want for Zimbabwe is a healthy opposition- Mnangagwa 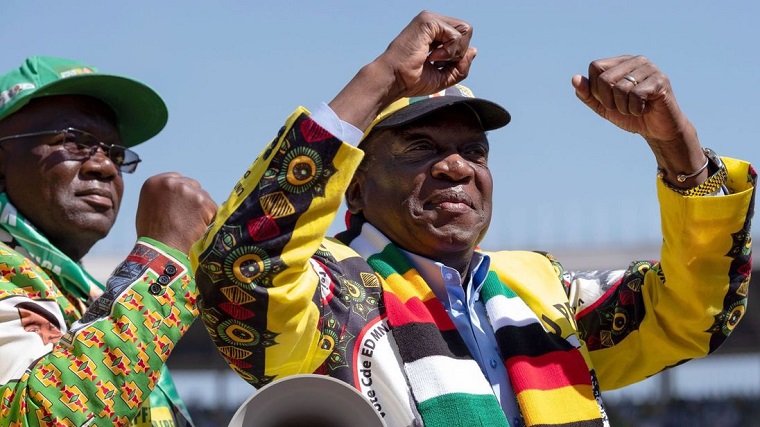 September is the first month of spring in Zimbabwe. The jacaranda trees that line Harare’s avenues will soon flower into a sea of purple.

Last November their blossom formed the backdrop to the people taking to the streets and demanding change. This year, following our democratic election in July, it shall welcome a new era in Zimbabwe.

Winter’s end marked the culmination of months of vigorous campaigning. Candidates were able to cross the country without fear of intimidation to pledge their vision for Zimbabwe like never before.

However, the blossom that signifies the changing seasons does not guarantee the jacaranda trees’ survival. In fact, they are vulnerable species; they must be protected.

This election – the freest and fairest in our history – similarly signifies change. But the democracy it heralds must be defended, for it too is fragile.

Sadly, the collective achievement of the election became a prelude to tragedy. Instead of waiting for the vote to be counted, the opposition leadership declared victory in the presidential race.

Some of their supporters took to the streets in protest at the yet-to-be-announced result. The situation turned violent. Six lives were lost.

People, rightly, want justice to be served – as do I. However, it is not within the president’s power to impulsively blame or punish those who might appear guilty.

What is within my power is the establishment of an independent investigation to ascertain who bears responsibility.

The former President of South Africa, Kgalema Motlanthe, will chair the seven-member team comprised both of Zimbabwean nationals and international experts. They will be sworn in soon to begin their three months of work.

I shall fully implement the recommendations of this commission. This may not serve political expediency on either side of the divide, but in underpinning justice it serves the people of Zimbabwe’s interests.

This is the right action to take in line with the democratic journey we set out on last November. Along this route, I am certain that I have gained false friends whose interests favour the status quo.

Yet we cannot let this minority hinder the nation’s progress, nor squander the opportunity that lies before us. Rather we must protect this free and fair election. We must cherish what the people of Zimbabwe have achieved.

I do not say this because it suits my favour. Though the opposition leader fell short of the presidency, through this democratic vote he too has been granted an important mandate: to lead scrutiny of the government’s work in parliament.