Villagers in Mashonaland East urge Mugabe not to contest next... 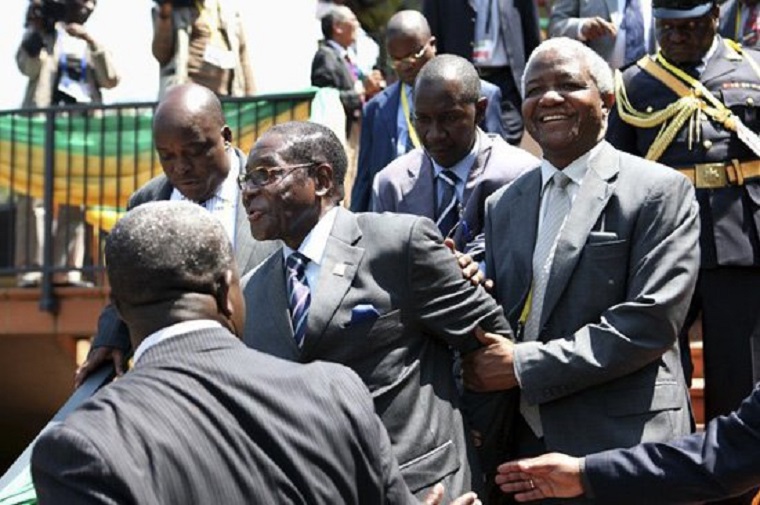 Opinion leaders from Murehwa and Mutoko today told Movement for Democratic Change leader Morgan Tsvangirai that there must be a national clarion call to urge President Robert Mugabe not to contest next year’s elections because he is too old.

They said that at 94 (next year), it will be impossible for him to come up with any new ideas to rescue the country from the current abyss.

Mugabe has been endorsed by his Zimbabwe African National Union-Patriotic Front as its presidential candidate next year.

Though there have been calls for him to step down, including from war veterans, Mugabe insists there is no suitable replacement yet.

Tsvangirai’s spokesman, Luke Tamborinyoka, said one war veteran bemoaned the fact that the war of liberation had brought independence but not freedom.

“Independence came alone, unclothed with the requisite freedoms for which so many Zimbabweans died,” Tamborinyoka quoted him as saying.

Tsvangirai is currently on a meet-the-people tour of Mashonaland East and winds it up tomorrow in Marondera where he will address the party’s provincial assembly.

The people of Mashonaland East have told him that they are living in fear because ZANU-PF continues to emasculate communities, particularly chiefs and headmen, coercing them to frog-march people to vote for ZANU-PF in the next elections.

They said the national challenge was to unlock the fear planted in the villages and local areas where people were not free to express themselves.

Tsvangirai takes his tour to Mashonaland Central on Wednesday.