Tsvangirai tells youths they have a responsibility to define their... 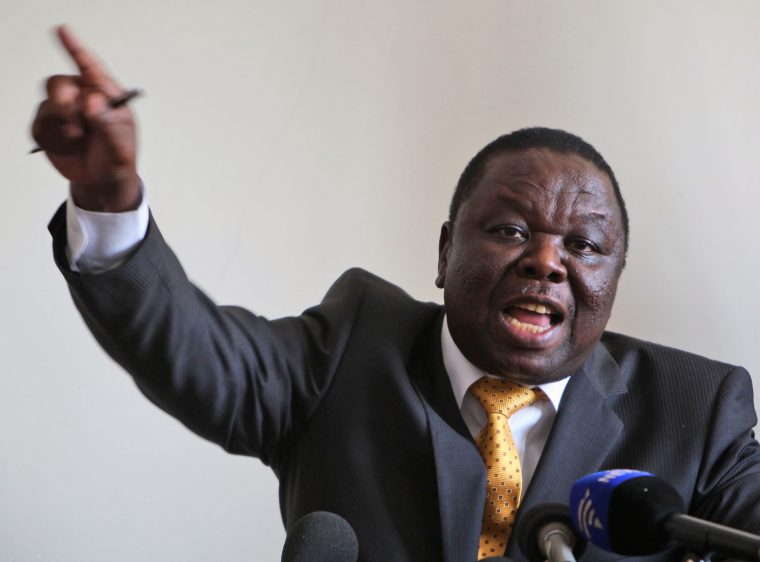 Movement for Democratic Change leader Morgan Tsvangirai today told students at Chinhoyi University that the future of Zimbabwe belongs to young people so they have a responsibility to define that future by participating in the politics of the country.

He said the youths can make aloud statement at next year’s elections because they constitute 60 percent of the population.

Tsvangirai is on a three-day tour of Mashonaland West which he concludes tomorrow with an address of the provincial assembly in Chinhoyi.

He has already toured the other seven provinces.

Tsvangirai today also visited Ngezi where he was told that the Zimbabwe African National Union-Patriotic Front was selecting youths that worked for the platinum mine there.

He told villagers and youths that  the ballot was the ultimate solution to misgovernance.

President Morgan Tsvangirai today continued with his Mash West tour, first engaging community leaders in rural Ngezi before proceeding to Chinhoyi, where he spoke to community leaders and later engaged students from Chinhoyi University of Technology.

There is a running trend of common issues that continue to emerge. These are fear and intimidation in rural communities, the coercion and abuse of traditional leaders, skepticism over the prospect of a free and fair election due to Zanu PF's hostile take-over of the BVR, selective distribution of food and the general despondency in rural communities where families are surviving on less than a dollar a day.

However some cases unique to specific areas are also emerging. For example, village heads in Ngezi told President Tsvangirai that Zanu PF party structures, and not company management, were involved in the selective recruitment of youths to work at the nearby Ngezi Platinum Mine.

In all the meetings, it is emerging that everyone and every sector has a genuine grievance against Robert Mugabe and Zanu PF and there is now a national rebellion against the regime.

On his part, President Tsvangirai continues to urge the people to treat 2018 as a perfect opportunity to usher in a new administration that will address their concerns. To the Ngezi and Chinhoyi opinion leaders and to the students in Robert Mugabe's hometown, President Tsvangirai's message was simple: the ballot is the ultimate solution to misgovernance.

Addressing students in Chinhoyi, he urged the youths to define, defend and secure their vote. He said the future belonged to young people and they had a responsibility to define that future by participating in the politics of their country. He said in 2018 the youth, who constitute 60 percent of the national population, must make a loud statement through the ballot that the future belonged to them.

Tomorrow, the people's President concludes his tour of Mashonaland West with an address to the provincial assembly in Chinhoyi.

Mashonaland West marks the end of the President's listening tour which has saw him visit all the country's 10 provinces where Zimbabweans have made invaluable contributions to issues of political alliances, the 2018 election strategy as well as the governance culture the people envision post Mugabe in 2018.

President Tsvangirai can only be richer and more informed after his tour in the past one-and-half months to all parts of the country. Henceforth, he will be making decisions in tandem with the national pulse as informed by his interactions with ordinary Zimbabweans in meetings under trees, in village huts and in urban town halls.