Tsvangirai says he has no links with Mnangagwa whatsoever 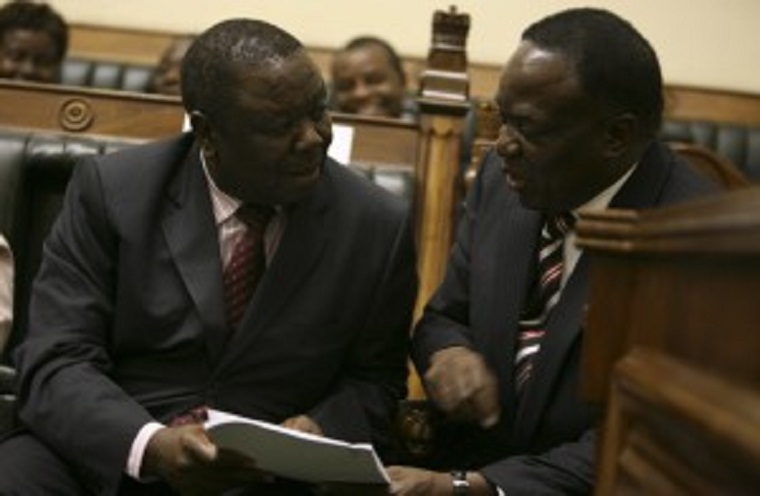 Movement for Democratic Change leader Morgan Tsvangirai today said he had no links whatsoever with Vice-President Emerson Mnangagwa and last met him four years ago during the inclusive government.

He was responding to a story by international news agency Reuters which said that Mnangagwa might be thinking of forming a coalition with Tsvangirai to have a government of national unity instead of elections.

His spokesman Luke Tamborinyoka said this was a “grossly false story”.

“Nothing could be further from the truth,” he said

“For the record, President Morgan Tsvangirai has never held any meeting with Mnangagwa, whom he last met four years ago during the time of the inclusive government.

“President Tsvangirai and the party he leads will never be party to any government formed outside of elections.

“We are a democratic party that values the legitimacy that stems from the people’s involvement through a democratic process of elections.

“As such, President Tsvangirai will never be party to any deal that falls outside the democratic values of legitimacy and elections.”

Tsvangirai said he will not be party to the factional fighting within the Zimbabwe African National Union-Patriotic Front and had a functional alliance which was sanctioned by his party.

Mnangagwa allegedly leads a ZANU-PF faction called Lacoste which is battling it out against another faction called G40 which is allegedly loyal to the First Lady Grace Mugabe, though former Vice-President Joice Mujuru said the real leader of G40 is Mugabe himself.

“The MDC is not and will not be party to the ZANU-PF factional wars and the false story by Reuters sadly projects the party and President Tsvangirai as appendages to the vicious quest by one of the ZANU- PF factions to take over power outside of the legitimate process of elections.,” he said.

“The MDC is a genuine and sincere member of that functional Alliance and will not engage in any other clandestine deal that seeks to undermine both the integrity of the Alliance and the legitimate process of elections. “