Tsvangirai condemns attackers of deputy Khupe-says they must face the... 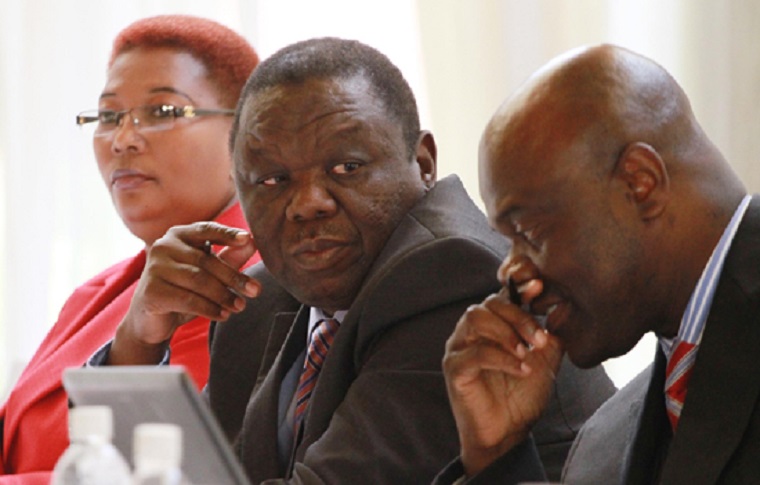 Movement for Democratic Change leader Morgan Tsvangirai today condemned thugs who beat up his deputy Thokozani Khupe in Bulawayo yesterday and said they should face the wrath of the law.

Khupe was reportedly assaulted for failing to attend the launch of the MDC Alliance on Saturday and for allegedly organising a separate meeting in Bulawayo.

Tsvangirai said if anyone thinks that the violence will detract or divert the party from the Alliance, then they are wrong.

“I have an exclusive mandate given to me by the national council, to which I reported 11 days ago, to proceed with working with others as dictated by the people of Zimbabwe whom I met in one-and-half months of consultation,” he said quashing reports that he was acting in his personal capacity.

“As the president of the party, I condemn in the strongest terms this callous act of violence committed by these people,” he said.

“Our Vice President, Hon. Thokozani Khupe, together with other members of the national leadership were man-handled by these thugs resulting in the vice president having to seek medical attention.

“Her position as the party’s vice president, her dignity and her status as a woman, a mother and a role model to many young women, was immensely undermined in the process.

“This misguided behavior puts the name of the party and our beliefs into serious disrepute both nationally and internationally.”

Tsvangirai said as leader of the MDC, he regarded the incident as criminal.

“I understand there are a few culprits who were apprehended by the police and as the leader of the party, I regard this incident as a criminal act and these thugs must face the full wrath of the law,” he said adding that he had activated internal investigations so that appropriate disciplinary measures can be taken against the perpetrators or anyone behind them.