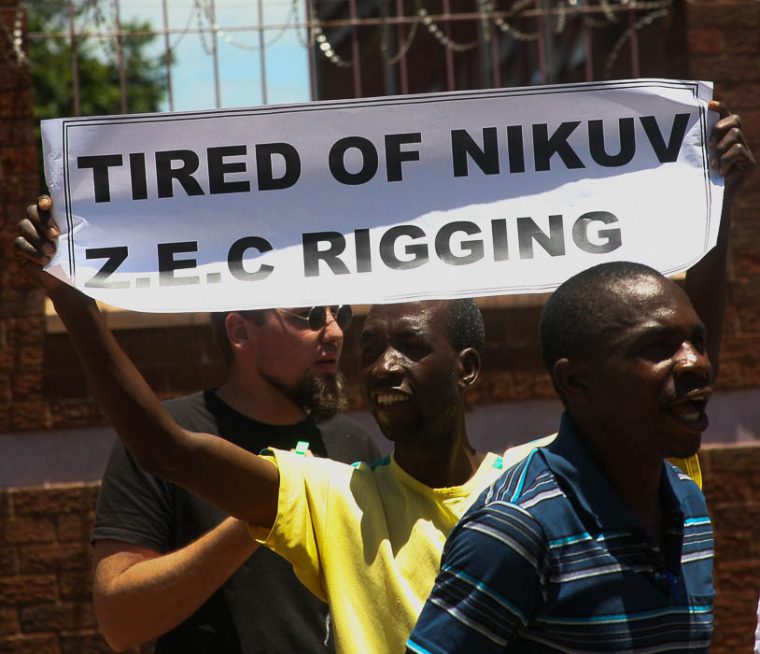 The Movement for Democratic Change has accused the Zimbabwe African National Union- Patriotic Front of carrying out a parallel voters’ registration exercise ahead of the 2018 elections using Registrar-General Tobaiwa Mudede’s office.

MDC-T leader Morgan Tsvangirai’s spokesman Luke Tamborinyoka said in a statement today the exercise is being carried out in Manicaland by an officer only identified as Ms Dorkins who is reportedly related to President Robert Mugabe through her mother.

Voter registration is now the responsibility of the Zimbabwe Electoral Commission which will register voters under the biometric system.

“Only yesterday morning, two buses from the Registrar-General’s Office with registration numbers ABT-2419 and AEF-7111 left the RG’s Makombe Offices along Harare’s Leopold Takawira Street  at exactly 1113hrs headed for Noah Taguta’s church shrine in Marange, Mutare West, where insiders said an illicit voter registration exercise for ZANU-PF supporters in Manicaland  was scheduled to kick off today,” Tamborinyoka said.

“Under the arrangement, all ZANU-PF districts in Manicaland would surreptitiously bus their members to Taguta’s shrine for the voter registration exercise, disguised as a birth registration process. The team is headed by a Ms Dorkins, a senior registry official believed to be related to President Robert Mugabe through her mother.

“She left the Makombe offices ahead of the two buses aboard an Isuzu truck registration number ABW-1445.  Ms Dorkins will reportedly lead the team of registry officials in Marange for the next 14 days. Each of the members in the team would reportedly receive allowances of US$50 a day.”

Tamborinyoka said it was still unclear how ZANU-PF would reconcile its current voter registration exercise with the impending ZEC process.

There has so far been no independent confirmation of the MDC-T claim.