Tsvangirai accuses Sunday Mail of trying to tarnish his image... 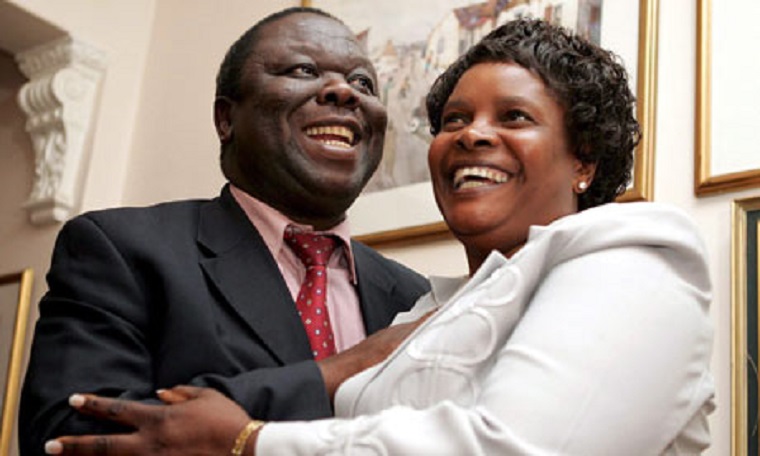 He also accused an unnamed Zimbabwe Anti-Corruption Commission senior official of vowing to soil the names of Tsvangirai and his deputies Thokozani Khupe and Nelson Chamisa.

Tamborinyoka said in a statement that a story carried by the Sunday Mail in which Tsvangirai’s daughter Vimbai and her husband Batsirai were awarded a contract by the Harare City Council without going to tender was false.

“For the record, no such tender was awarded to them by the Harare City Council and no money was ever paid to them,” he said.

“It is no coincidence that the names of President Tsvangirai’s children in this concocted water chemicals scam keep changing every day.

“The idea is to inflict maximum media damage on the Tsvangirai name.

“Yesterday, they said it was Edwin who sold water chemicals to Harare City Council.

“Today, it is Vimbai and her husband.

“The whole plot is to malign and soil the Tsvangirai name with spangled banner headlines well ahead of the next election in the false hope that such malicious stories will be able to undermine the Tsvangirai brand; a mammoth brand now sufficiently embedded in the national psyche, much to ZANU-PF’s discomfort.”

Tamborinyoka said this was a deliberate campaign to tarnish the names of MDC-T leaders and was being orchestrated by an unnamed Zimbabwe Anti-Corruption Commission official linked to ZANU-PF.

“Mr Tsvangirai’s distaste of graft and avarice is a matter of public record as he was the first political leader in the country to fire an entire council for corruption when he dismissed all the MDC councilors in Chitungwiza on grounds of abusing their offices for corrupt ends,” Tamborinyoka said.

“We are, however, aware of one Zimbabwe Anti-Corruption Commission senior official, linked to one of the ZANU-PF factions, who has been moving around the city bragging that they will soil Tsvangirai’s name ahead of the next election.

“He has also hinted that they are equally targeting senior MDC officials, specifically Vice Presidents Thokozani Khupe and Nelson Chamisa, on yet more trumped-up charges of having corruptly acquired residential stands in Harare. “