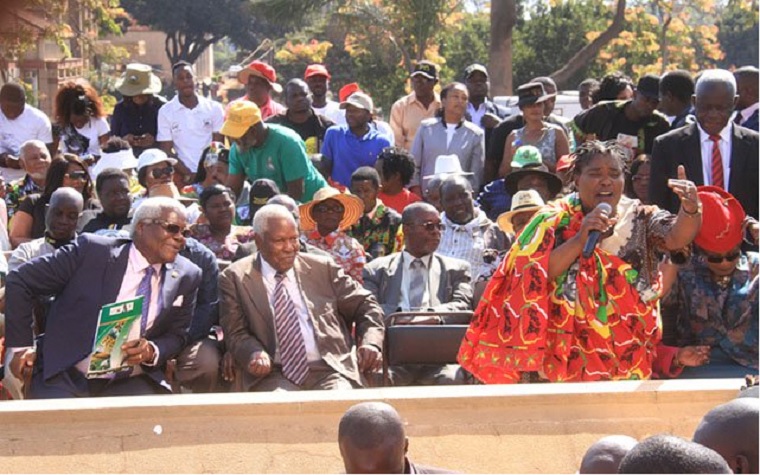 Although organisers of the rally had indicated that they would not entertain any factional outbursts, this could change following yesterday’s march which was supposed to be in support of the First Lady Grace Mugabe following her South African debacle but turned out to be an anti-Mnangagwa G40 show much to the disappointment of some party members who had genuinely believed that the march would be in support of the First Lady and had brought posters to that effect.

Mnangagwa is currently the Midlands king-pin and his supporters are likely to demonstrate what Mnangagwa has often said about dogs barking at an elephant passing through one’s home by showing the support he has.

Already they have said they intend to bring together more than 120 000 people which would make it the biggest rally so far.

There will be an added advantage to celebrate as Mnangagwa has just survived food poisoning which has caused a lot of turmoil within the party with allegations that he was poisoned while others argue that he ate stale food.

Mandi Chimene one of the leading organisers of yesterday’s march used the barking dogs example yesterday to push for the First Lady saying Grace Mugabe does not fear dogs barking outside.

President Robert Mugabe and the First Lady did not attend yesterday’s solidarity march.

Mnangagwa is reported to be back at work but did not attend yesterday’s march either.

His colleague Phelekezela Mphoko who is associated with G40 did not attend too.