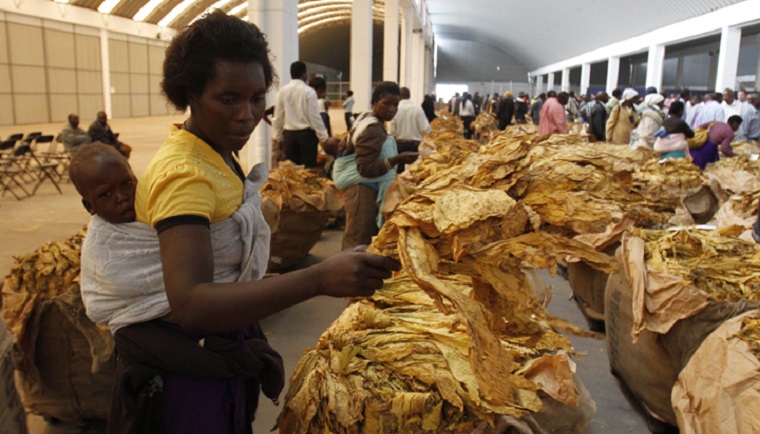 Tobacco exports in the current selling season are 9 percent higher on same period in the prior year but revenue generated at $206.5 million is 13 percent lower due to lower average prices.

The 2017 tobacco selling season opened on March 16 and could run until August, if last year’s season is anything to go by.

According to the Tobacco Industry and Marketing Board (TIMB) report for the week ended April 21, 2017, year to date exports are at 43 million kilogrammes compared to 39.6 million kg last year, with the average export price at$4.80/kg against $5.98/kg last year.

The golden leaf is Zimbabwe’s biggest export earner, with China the top buyer.

The Asian country has so far bought tobacco worth $115 million.

Other primary markets are Europe and South Africa.

Farmers have so far earned $141.2 million against $ 107.8 million during the same period last season.

A total of 13 705 growers have so far sold through the auction system and 40 966 farmers through the contract system.-The Source