There is no way Grace Mugabe can be arrested in... 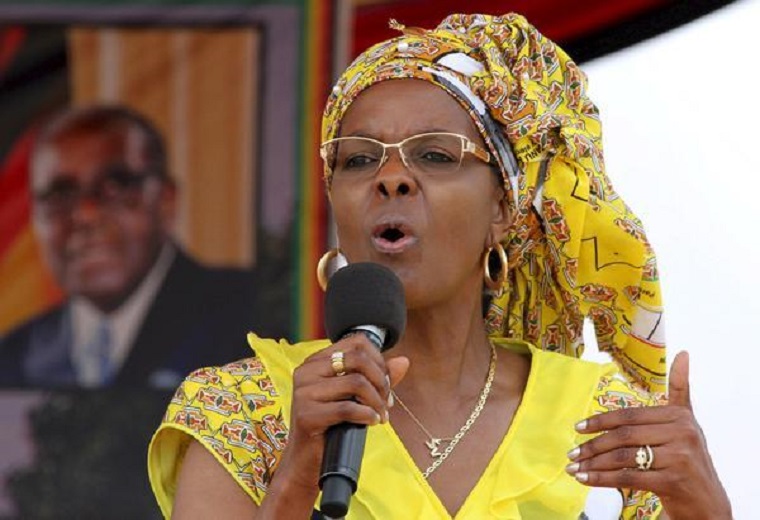 An unnamed South African government source is reported to have told international news agency Reuters today that there is “no way” Zimbabwe’s First Lady Grace Mugabe can be arrested for the alleged assault of a 20-year-old woman she found at a Sandton hotel with her two sons.

Grace is alleged to have beaten up Gabriella Engels with an electrical cord on Sunday when she found her at the hotel where her two sons are staying.

She has been holed up in South Africa with some reports saying that South African police have issued an alert to ensure that she does not leave the country.

There were reports on Tuesday that she had sneaked out of the country and was already in Harare, but it was later discovered that she was still in the country and would be rescued by her husband, President Robert Mugabe, who is attending a Southern African Development Community summit in South Africa.

The source, however, acknowledged that that immunity might be challenged in court.

"There would obviously be implications for our relations with Zimbabwe. Sadly the other countries in the region are watching us and how we are going to act," the source said.

"What is likely to happen is that she will be allowed to go back home, and then we announce that we've granted diplomatic immunity and wait for somebody to challenge us."

A right-wing Afrikaaner group Afriforum has already indicated that it will institute a private prosecution if the South African government refuses to prosecute Grace and will challenge any immunity through the courts if it is granted.

Grace’s conduct has been widely condemned with former African Union Commission chairperson Nkosazana Dlamini-Zuma saying she should face the law.

Dlamini-Zuma said Grace’s conduct should not be generalised to say women are incapable.

"Whether one beats another … it is wrong and the law must take its course … but women are capable … they cannot be judged on that," she said.