There is no room for technocrats in Zimbabwe- Jonathan Moyo... 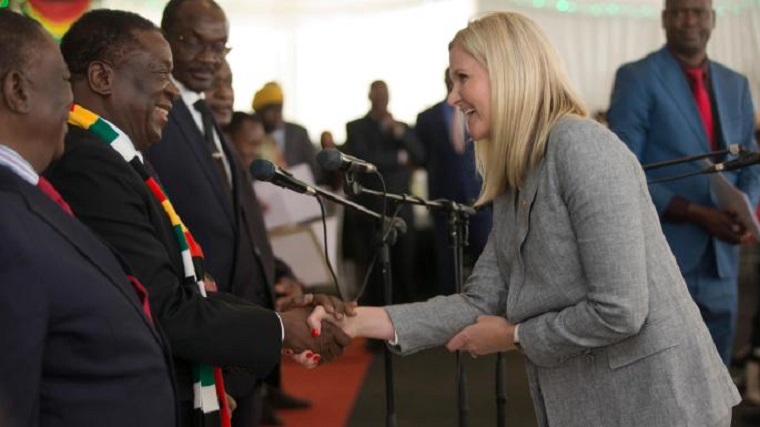 Former Higher Education Minister Jonathan Moyo says is no room for technocrats in politics. Only the civil service has technocrats.

He told Alex Magaisa: “The so-called technocrats who have recently joined government should appreciate that there are no technocrats in cabinet, the central committee or the politburo.

“There are no technocrats in politics. Only the civil service has technocrats, not cabinet.”

He said everyone in cabinet is a politician, the rule book of cabinet is political.

“Specifically, the claim that the likes of Mthuli Ncube and Kirsty Coventry are technocrats is nonsense. They may have been that yesterday, but today they are politicians just like the rest of their colleagues. And their success or failure will depend on how they perform as politicians, not as technocrats.

“Besides, politicians in Zimbabwe who join politics as technocrats should know that established political parties cannot stand intellectuals or entrepreneurs.

“Anyone believed to be knowledgeable or with useable information is considered very dangerous.

“Technocrats typically work hard over long hours in their offices. This is a no, no in party politics. If you do that, you invite claims that you are ambitious and must be closely observed to be kept in check and stopped dead in your tracks.”

Below is the final extract from the interview:

You joined politics from the academic and research world. What would you tell young academic and researchers who hope to transition into politics? What advice would you give to so-called technocrats who have recently joined government with the hope of making a difference? What are the pitfalls and opportunities?

ANSWER: As a political scientist, I take the locus classicus view that everyone is a zoon politikon. As human beings, we are all political animals. Politics is what distinguishes human beings from other species. As such, in the political realm, there’s nothing special about academics and researchers. Politics is associational, it is about communal life. It is in this connection that the best politics is local. Everyone has a local address somewhere on a street, at some village or location of one sort or another. To enter politics means becoming relevant to a local community somewhere, and normally this means where you live, where you work or where you were born or where you come from.

Young academics must understand this as the relevant and most important starting point of politics. Anything else is a waste of time. It does not make sense to want to get into politics simply on account of being an academic, a researcher or a technocrat under the presumption of getting into so-called national politics.Again, there’s no one with a national address, everyone has a local address and that is where politics starts and thrives.