The world’s problems are down to “old men not getting... 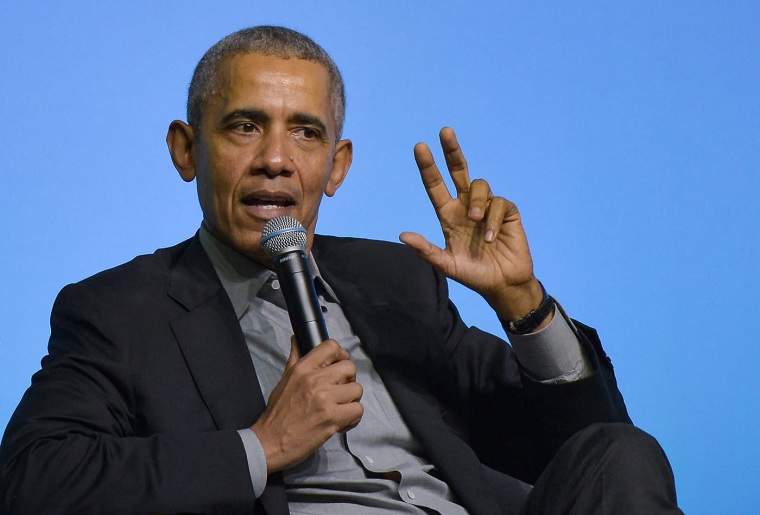 Former President Barack Obama has said that a lot of the world’s problems come from leaders not knowing when it’s time to step down, suggesting there are a lot of “old men, not getting out of the way”.

The former commander-in-chief made the comment during a private event on leadership in Singapore, during which he also discussed the benefits of women being in positions of power.

“Now women, I just want you to know; you are not perfect, but what I can say pretty indisputably is that you’re better than us [men],” Obama said, according to the BBC.

“I’m absolutely confident that for two years if every nation on earth was run by women, you would see a significant improvement across the board on just about everything…living standards and outcomes.”

It is not the first time that Obama has said that there should be more women leaders, with a recently released book detailing the relationship between Obama and his vice president Joe Biden suggesting that Obama was keen to pass the baton along to a woman.

“Joe, despite his many virtues, was just another white guy, one in a long line of American presidents—hardly the symbol of the tectonic change that Obama hoped would mark his place in the history books,” wrote Steven Levingston in the book Barack and Joe: The Making of an Extraordinary Partnership, instead observing that Obama had hoped his successor would be his colleague, former Secretary of State Hillary Clinton.

“Barack had placed his bet on Hillary, the one he believed would confirm his revolutionary stamp on American’s political culture—the first black president passing the baton to the first woman president,” the book added.

Despite Obama maintaining what appeared to be a close relationship with Biden throughout his time as president and beyond, he has refused to endorse Biden’s bid on several occasions.

However, most recently, Biden has suggested that he would prefer Obama not to endorse him in order to maintain a level playing field in the Democratic race.-Newsweek