The political swings of the two ZANU-PFs 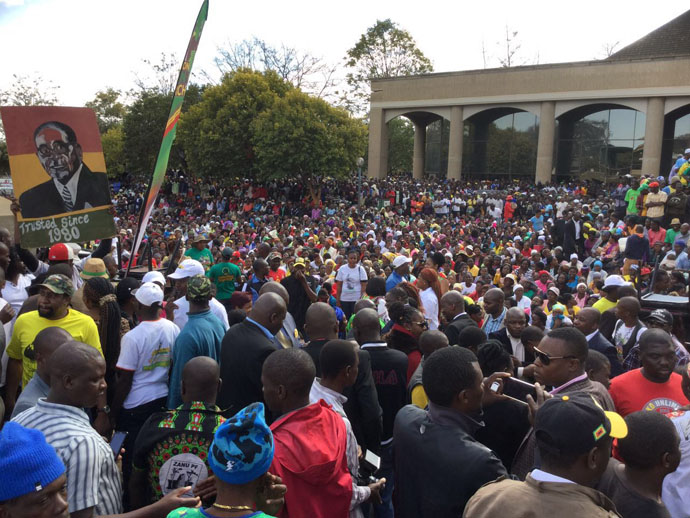 The Zimbabwe National Liberation War Veterans Associations, whose current leadership was expelled from the Zimbabwe African National Union-Patriotic Front last year and was openly castigated by First Lady Grace Mugabe, is rallying all Zimbabweans to the historic Zimbabwe Grounds to demand that President Mugabe leave the party together with his wife.

The war veterans are reported to have already obtained the support of the party’s 10 provinces yet only a week ago all 10 provinces voted for the expulsion of former vice-president Emmerson Mnangagwa.

Six months ago nine out of the 10 voted for national commissar Saviour Kasukuwere, now under arrest, to go but he was protected by the First Lady.

This clearly demonstrates the factionalism that rocked the party, though Grace Mugabe claimed there was only one faction, Lacoste, which allegedly supported Mnangagwa.

She denied the existence of her own faction G40 whose senior members are now on the run.

The chief strategists for G40, Jonathan Moyo and Saviour Kasukuwere, were arrested at Grace’s Mansion where they had sought refuge.

The whereabouts of Grace are still unknown.

She did not accompany Mugabe to the graduation ceremony by the Zimbabwe Open University in Harare today.

Mutsvangwa’s group is calling for Mugabe to step down but it is understood that the defence forces, which took over the country on Wednesday morning but insisted that this was not a coup, has agreed to let Mugabe step down at the party congress next month and let the people choose a new leader.

This compromise is likely to have been reached because Mnangagwa had already been expelled from the government and this would have meant that Mugabe would have to reappoint him first if he is to take over.

A party congress can, however, elect a new leadership of the party and ask Mugabe to step down.

The new leader can serve the remainder of Mugabe’s current term which ends in August.

The current support demonstrated in calling on Mugabe to step down is a clear indication that a Lacoste candidate can win the presidency of the party at the special congress.

Tomorrow’s solidarity rally will therefore be a show of strength by the Lacoste group and will show Mugabe that he indeed no longer has any support.

Mugabe has been arguing that he still has the support of the people and even challenged Mnangagwa at the Bulawayo rally the he is prepared to stand side by side with him and see how many people would line up behind the two.

He never took up that challenge but instead fired Mnangagwa two days later.