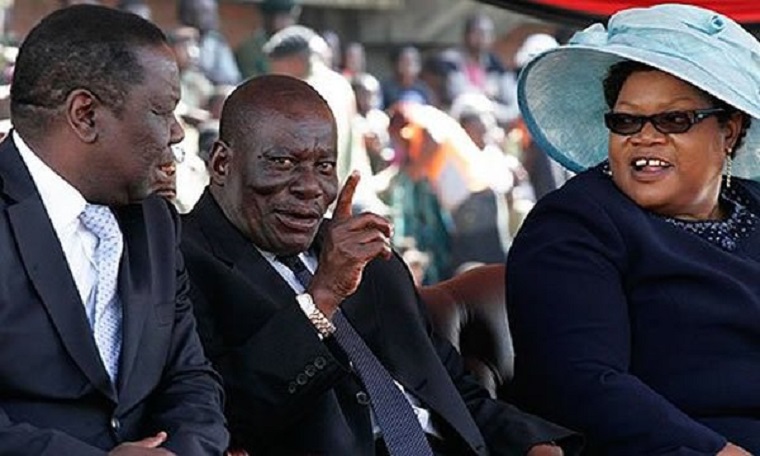 Mujuru, who had opposed Mugabe’s nomination as the presidential candidate at the party’s annual conference at Goromonzi in 2006 but lost at the extra-ordinary congress he called for, was adamant that Mugabe should go because he was bad for his business empire.

An associate of Mujuru told United States embassy officials that Mujuru and most members of the party Central Committee and Politburo felt that it was time for Mugabe to go–as soon as possible.

Mujuru who had privately backed Simba Makoni to stand as an independent candidate hoping that he and several Zimbabwe African National Union-Patriotic Front members would join him, had realised that Makoni’s support was thin.

He therefore decided to support Tsvangirai as an alternative to Mugabe.

Tsvangirai told United States ambassador to Zimbabwe James McGee that Mujuru had pledged his support should Mugabe try to steal the election through force, or otherwise.

It was not clear how Mujuru was going to do that since he was no longer in control of the army.

Besides, his wife, Joice, was Mugabe’s deputy.

Mugabe, who had been the poll favourite right up to three weeks before the elections, lost to Tsvangirai in the first round, invoking the military to take over the running of the run-of elections which ensured Mugabe an uncontested victory.

Makoni polled only 8 percent of the vote.

Mujuru continued to play his cards to his chest and his wife was re-elected Vice-President in 2009 but he died in a mysterious fire two years later.

Below are the first 400 Wikileaks cables on Tsvangirai , 325 more to go.