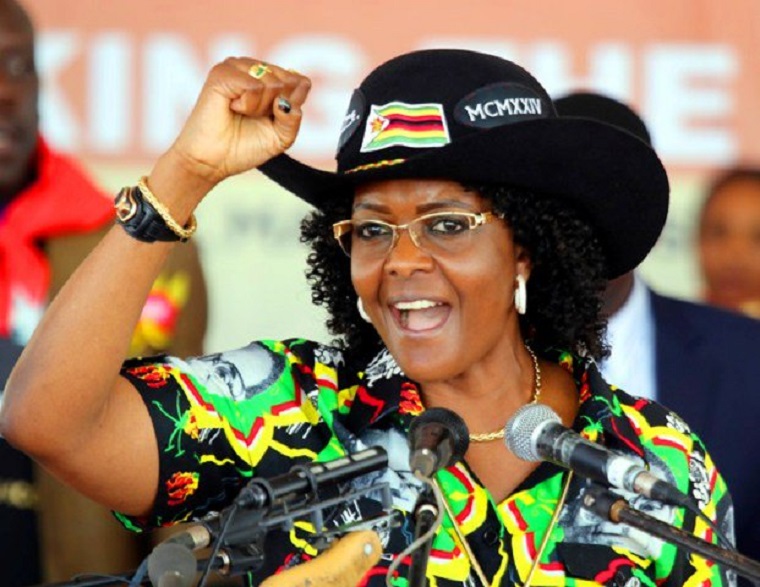 Zimbabwe’s First Lady Grace Mugabe did not come to the political forefront in 2014 when she helped to kick out Vice-President Joice Mujuru and become the Zimbabwe African National Union-Patriotic Front Secretary for Women’s Affairs, she campaigned heavily in 2008 to make sure that her husband President Robert Mugabe, who had been beaten by the Movement for Democratic Change leader Morgan Tsvangirai in the first round of the presidential elections, won the second round.

She took a shot at Tsvangirai during a 28 May trip to Mashonaland Central with her husband to meet with victims of political violence mostly perpetrated by, according to ZANU-PF propaganda, the MDC and vowed that Tsvangirai would never set foot in State House.

“Even if people vote for the MDC, Morgan Tsvangirai will never step foot inside the State House,” she said. “He will only get to hear about what it looks like inside State House from people who have been there. Even if [Mugabe] loses, he will only leave State House to make way for someone from ZANU-PF.”

No one paid much attention to what she said then because she was more of Mugabe’s side-kick but she dare not repeat the same  statement today because it implies that ZANU-PF will refuse to hand over power to the MDC even if it loses the elections .

At the time, most people though that the First Lady, who was more famous for her shopping , was not interested in politics.

Not today. She is even eyeing the top post and has brazenly asked her husband to name his successor.

Tsvangirai, indeed, never stayed in State House, but went on to become  Zimbabwe’s Prime Minister after the region and the continent refused to fully accept Mugabe’s victory forcing him into a four-year marriage with Tsvangirai’s MDC.

But that four-year marriage cost Tsvangirai and his party the support they enjoyed in 2007 and 2008 because they went on to join the ZANU-PF gravy train clearly indicating that they could be worse than ZANU-PF if they came to power because of the greed they displayed.

MDC-T lost dismally in 2013 but blamed it all on rigging but some academics say they lost fairly and squarely because they did not have anything to offer the electorate.

ZANU-PF, on the other hand, may be failing to deliver but it definitely had something to offer.

Below are the first 460 Wikileaks cables on Tsvangirai- 265 more to go.