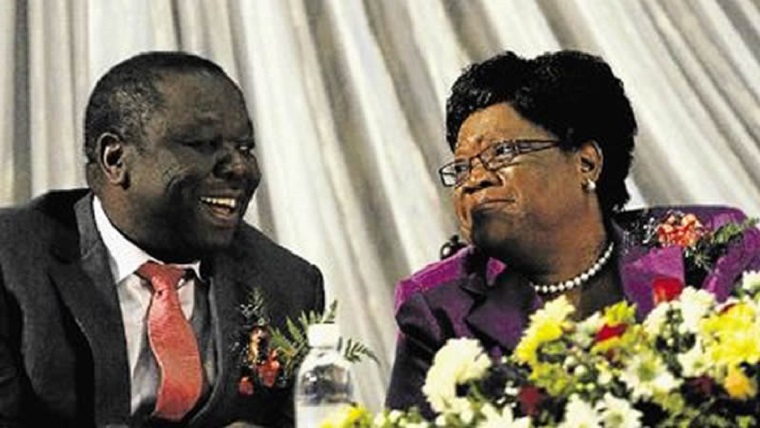 Movement for Democratic Change leader Morgan Tsvangirai, who now says he can work with Emmerson Mnangagwa, wanted to shut him out totally during the 2008 government of national unity talks preferring to team up with Joice Mujuru instead.

Mujuru, who was kicked out of the party in 2014 and has formed her own National People’s Party, signed a memorandum of understanding with Tsvangirai to form a coalition to face President Robert Mugabe next year but Mujuru now argues that she cannot join any alliance with an MDC name.

International  news agency Reuters today said in a lengthy article that Mnangagwa might be thinking of a government of national unity with Tsvangirai.

According to a cable dispatched bythe Unite States embassy in South Africa in July 2008, talks between the Zimbabwe African National Union-Patriotic Front and the MDC broke down when the two sides failed to agree on the composition of the proposed government of national unity.

ZANU-PF was prepared to offer Tsvangirai the post of Third Vice-President and nothing more.

Tsvangirai on the other hand wanted to be executive Prime Minister.

He was prepared to let Mugabe remain ceremonial President, that is, without any executive powers.

Joseph Msika, who was Vice-President, was to remain Mugabe’s deputy but without any executive powers either.

Tsvangirai wanted Mujuru to step step down as Vice-President to become his deputy but with executive powers.

The move was meant to shut Mnangagwa, who was considered Mugabe’s heir apparent, totally out of any position of power.

In the ultimate agreement reached six months later, Mnangagwa who was demoted to Minister of Rural Housing in 2005 and kept that post until 2009, was catapulted to Defence Minister.

Mujuru and Msika remained Vice-Presidents while Tsvangirai was appointed Prime Minister but without the executive powers he had been seeking as Mugabe retained executive powers.

Below are the first 520 Wkileaks cables on Tsvangirai, 205 to go.