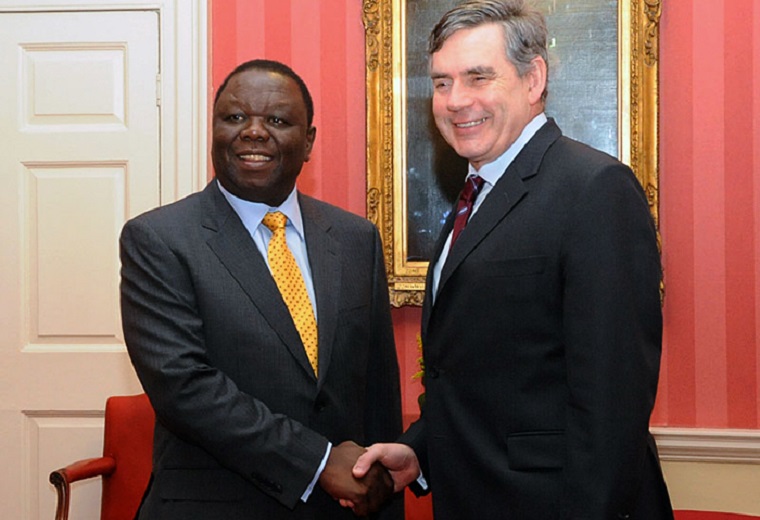 Britain gave Zimbabwe an additional US$8 million in aid following Prime Minister Morgan Tsvangirai’s visit to that country to support the Movement for Democratic Change and give the MDC wins to take credit for, but British Prime Minister Gordon Brown made it clear to his ministers that additional support would not be released until there was more progress on genuine reform on the ground.

Tsvangirai told the British government, non-governmental organisations and Zimbabwe watchers that Zimbabwe was now open for business but Britain pushed Tsvangirai to make more timely political and economic reform as well as to exploit his majority in Parliament.

A British foreign office official, however, said Tsvangirai’s response did not assuage UK ministers’ concerns about meaningful progress on the ground.

Tsvangirai visited the United States and Britain within the first four months of the formation of the inclusive government.

In its effort to support the MDC and give it wins to take credit for, the British government announced a US$8 million increase in assistance to Zimbabwe, US$6.4 million for food security and $1.6 million for education textbooks.

According to cable released by Washington, “following the visit, however, Brown gave clear instructions to his ministers that additional support will not be released until there is more progress on the ground, questions whether Tsvangirai can deliver on the GPA reforms, and believes it is still important to pursue levers of pressure on Mugabe to ensure reform, according to Cabinet Office Senior Africa Policy Advisor.”

One observer noted that while there was great warmth and respect in the UK for what Tsvangirai had gone through as a person, he failed to make a compelling case for his strategy of engaging with Mugabe and did not address concerns about real political reform on the ground.

Though the MDC controlled the key Ministry of Finance, the British government did not channel its aid through the government but through non-governmental organisations which seemed to contradict its aim of giving the MDC wins it could take credit for, as in this case the credit went to the NGOs that provided the aid.

In the end, the MDC failed to deliver and, it is argued, the leadership stayed in the government of national unity because of greed, that is, for the personal benefits each one could get.

This cost them the support of their supporters who viewed them as being more corrupt than the Zimbabwe African National Union-Patriotic Front leaders who they loathed.

Below are the first 660 Wikileaks cables on Tsvangirai, only 66 left.