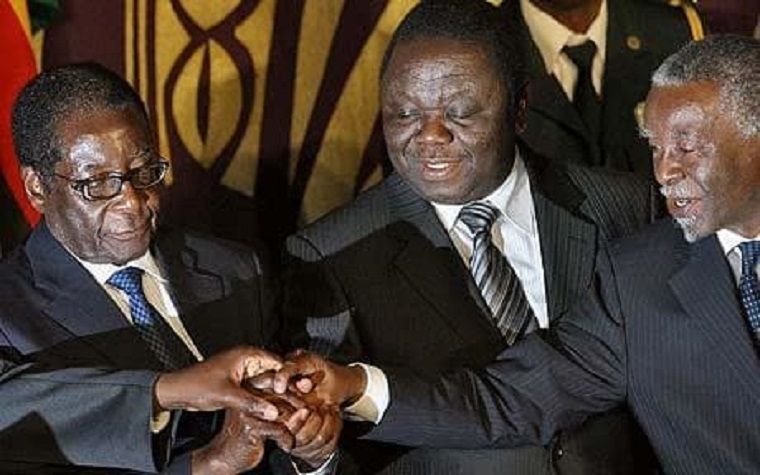 Zambian government officials did not believe that Zimbabwe’s inclusive government would last and described it as a “forced marriage,” with former South African President Thabo Mbeki acting as “the bridesmaid”.

They were, however, content and relieved that the agreement, which brought together the Zimbabwe African National Union-Patriotic Front and the two factions of the Movement for Democratic Change, would now allow the Southern African Development Community to focus on other issues.

The officials also believed that the power-sharing arrangement would give President Robert Mugabe an opportunity to retire from politics on his own accord and not at the bequest of the international community.

An unnamed Indo-Kenyan business mogul with alleged ties to Mugabe said that Mugabe would like to step down from office within the next six to nine months.

Zambian civil society representatives also seemed to be supportive of the new government but were equally doubtful about its chances for success.

They were disappointed with Tsvangirai whom they considered inflexible, self-serving, and arrogant, and lacking in judgment and integrity.

“Their displeasure with Mugabe was matched — if not surpassed — by their disdain for Tsvangirai,” the United States embassy said.

“They thought Tsvangirai should have already entered into a government of national unity that would allow the Zimbabwean government to begin restoring stability to the country.

“Surprisingly, they were not overly concerned about ZANU-PF’s record of human rights abuse as they felt that MDC had also committed injustices.”

They also criticised Tsvangirai for his profuse international travel arguing that it signaled a stronger allegiance to foreign governments than to the Zimbabwean electorate.

Below are the first 620 Wikileaks cables on Tsvangirai, 105 to go.