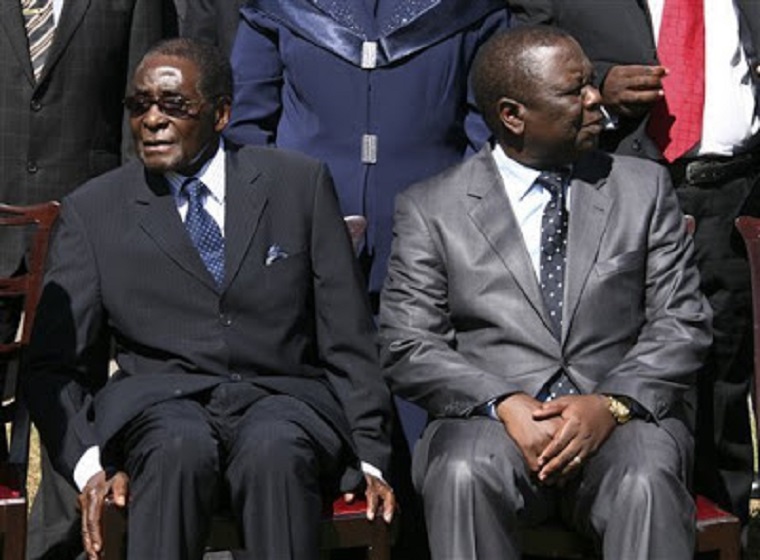 The inclusive government that Movement for Democratic Change leader Morgan Tsvangirai joined to save the country from collapse almost became a prison as he could not pull out despite the frustration.

To make matters worse the MDC had no Plan B, according to the United States embassy in Harare.

Tsvangirai went into a government of national unity with the Zimbabwe African National Union-Patriotic Front and the smaller faction of the MDC after the Southern African Development Community and the African Union forced President Robert Mugabe to negotiate with him and form an inclusive government  because the international community did not accept Mugabe’s victory in the June 2008 elections.

Tsvangirai beat Mugabe in the March 2008 elections but the Zimbabwe Electoral Commission said he had not won enough votes to form a government and called for a run-off.

A wave of violence ensued forcing Tsvangirai to pull out at the last minute leaving Mugabe to romp to victory.

The result was, however, not accepted internationally forcing Mugabe to negotiate with the MDC as the country continued to slide into a deeper economic crisis.

The three parties entered into a Global Political Agreement in September 2008 but an inclusive government was only formed in February 2009.

Tsvangirai, who had been optimistic at the start, expressed his frustration with Mugabe after meeting him for three hours in October to iron out outstanding issues and try to map the way forward.

Mugabe was “defiant,” and insisted that his party could not resolve outstanding issues as long as sanctions were still in place, pirate radio stations continued to broadcast and Western resources were used to support the MDC and civil society.

Tsvangirai said Mugabe was more concerned about remaining in power than the welfare of the Zimbabwean people.

“Mugabe and ZANU-PF have dug in their heels. In particular, hardliners such as Patrick Chinamasa, Jonathan Moyo, Didymus Mutasa, and the service chiefs appear to be working for a collapse of the government and an MDC withdrawal,” the embassy said.

“Mugabe, who has the power to break the stalemate with the MDC, is at least for now siding with them.

“The MDC, which in disengaging acted out of frustration with ZANU-PF’s intransigence, has no Plan B.

“Withdrawal from the government, which is its only leverage, is not an option as it is opposed by most MDC supporters, and would leave government control completely with ZANU-PF.”

Below are the first 700 Wikileaks cables on Tsvangirai. The remaining 26 will be published tomorrow.

The Grace Mugabe Wikileaks cables will kick off on Saturday.