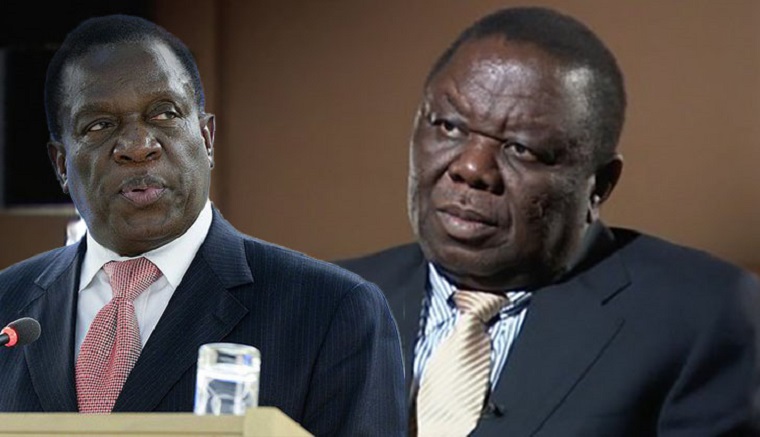 Movement f for Democratic Change leader Morgan Tsvangirai wrote off Emmerson Mnangagwa as a spent force ahead of the 2005 elections.

He said that if his party defeated the Zimbabwe African National Union-Patriotic Front President Robert Mugabe would be forced to step down as his party would disintegrate and only remain confined to Mashonaland since there was no logical successor.

Tsvangirai said the alienation of Mnangagwa’s wide network of influential allies was contributing to the MDC’s rapid rise.

The military leadership appreciated that the election was a potential step toward needed change and not an event that would change the government by itself.

He speculated that retired General Solomon Mujuru, ascendant in the dominant Old Guard ethnic Zezuru faction, would be inclined to support inter-party negotiations after the election.

Indeed Mujuru became more powerful after his wife was elected vice-president of ZANU-PF and of the country but his rise only lasted a year when he made the blunder of opposition Mugabe’s nomination for president in the 2008 elections at the Goromonzi conference of December 2006.

This opened the way for Mnangagwa to come back ahead of the 2007 extra-ordinary congress, and rise from Minister of Rural Housing to Minister of Defence and then on to Vice-President replacing Mujuru’s wife who was kicked out of the party.

Mujuru himself died in a mysterious fire in 2011.

Mnangagwa is now the preferred successor of Mugabe though he is facing stiff opposition from G40 faction which is pushing for Mugabe’s wife, Grace, to take over.

There have, however, been reports that G40 is using Grace as a cover.

The real power behind the faction is national political commissar Saviour Kasukuwere.

But both Grace and Kasukuwere are likely to face resistance from the military which seems to be sticking to its vow never to salute someone without liberation credentials.

Below are the first 260 of 726 Wikileaks cables on Tsvangirai.