The Morgan Tsvangirai Wikileaks cables-Part One 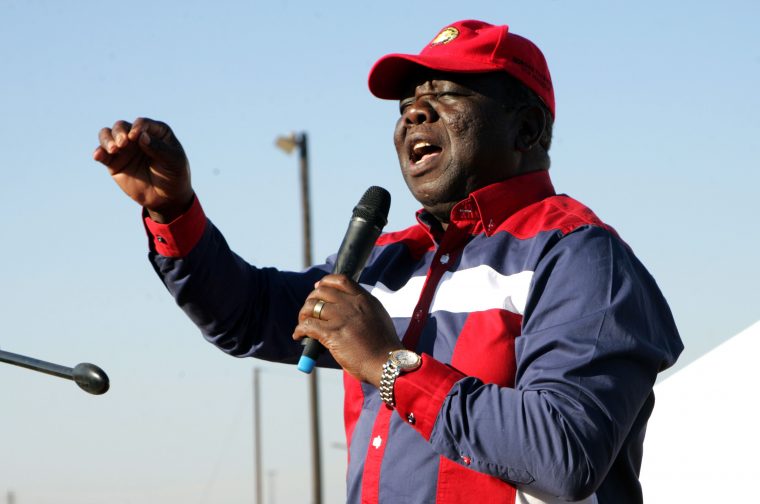 Zimbabwe’s military chiefs have always been worried about a Morgan Tsvangirai victory.

The United States embassy reported way back in April 2000, when the Movement for Democratic Change was only five months old but had already scored its first victory against the Zimbabwe African National Union-Patriotic From when it helped reject the proposed new constitution, that military officials were worried about a Tsvangirai victory in the June 2000 elections because they hardly knew him.

They were therefore worried about their fate if his party won 76 of the 120 contested seats in Parliament to constitute a majority in the 150-member Parliament.

Tsvangirai had also made it clear that he would not issue any pre-emptive pardon to President Robert Mugabe or anyone else should his party win the elections and form the next government.

The MDC narrowly lost the elections but claimed they had been rigged but Defence Forces Chief Vitalis Zvinavashe made it abundantly clear just before the March 2002presidential elections that the military would not salute anyone without liberation credentials.

His successor Constantine Chiwenga repeated the same statement more than a decade later but this was already a foregone conclusion because the military had in fact prevented Tsvangirai from assuming power when he beat Mugabe in the first round of the 2008 elections.

According to the United States embassy Mugabe had conceded defeat and sent emissaries to Tsvangirai to arrange for a handover of power but he changed his mind.

Reports said the military told Mugabe to stay put while they sorted things out before the run-off because Tsvangirai had purportedly not won enough votes to constitute an outright victory.

Even though Tsvangirai later agreed to join a government of national unit with Mugabe, his support has continued to dwindle since then.

Below are the first 20 Wikileaks cables on Tsvangirai. There is a total of 726 and we will publish them all.

While there has been an argument that some of them might not be true, we believe our readers have the right to know what the Americans said about Tsvangirai and Zimbabwe because it was these cables that helped to shape US government policy on Zimbabwe.