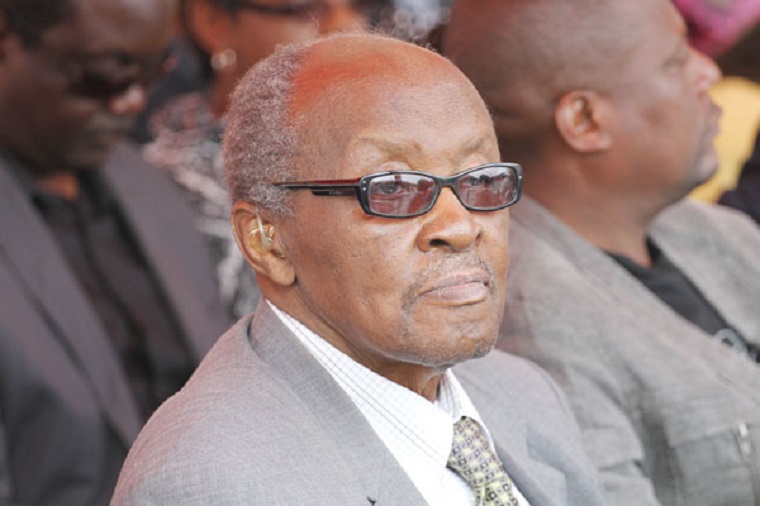 President Robert Mugabe is ready to leave office any time but in a “blaze of glory” and not a “blaze of condemnation” his former close confidante Nathan Shamuyarira told the United States ambassador to Zimbabwe Joseph Sullivan more than a decade ago.

Mugabe, he said, was prepared to leave if the exit was dignified, “otherwise he would stay put.”

That is exactly what Mugabe has done.

He has stayed put, though Shamuyarira said the often-made accusation that Mugabe was clinging to power was simply not true.

Mugabe, now 93, will be contesting next year’s presidential elections meaning that if he wins he will be 99 when he steps down as he will not be allowed to contest for that post again under the new constitution.

Shamuyarira’ comments came after the 2002 disputed presidential elections which Mugabe won by more than 400 000 votes but were condemned by the international community forcing Mugabe’s Zimbabwe African National Union-Patriotic Front and Morgan Tsvangirai’s Movement for Democratic Change to negotiate for a government of national unity.

Shamuyarira said Mugabe wanted Tsvangirai and his party to recognise his legitimacy first.

He disputed the argument by the ambassador that the elections were not free and fair arguing that Zimbabwe conducted elections better than any other country in Africa except for South Africa.

The bottom line, he said, is that “if people  don’t want Mugabe and ZANU-PF, they’ll say what they want”.

Only this year, Zimbabwe was described as one of the failed States of the world but Mugabe rubbished this saying it was the most highly developed country in Africa after South Africa.

“Zimbabwe is the most highly developed country in Africa. After South Africa, I want to see another country as highly developed,” Mugabe told the World Economic Forum in Durban.

“We have a bumper harvest, not only maize, but also tobacco and many other crops. We are not a poor country. If anyone wants to call us fragile, they can. You can also call America fragile,” he added.

Below are the first 160 of the 726 Wikileaks cables on Tsvangirai.