The long wait- Mugabe to hang on for another three... 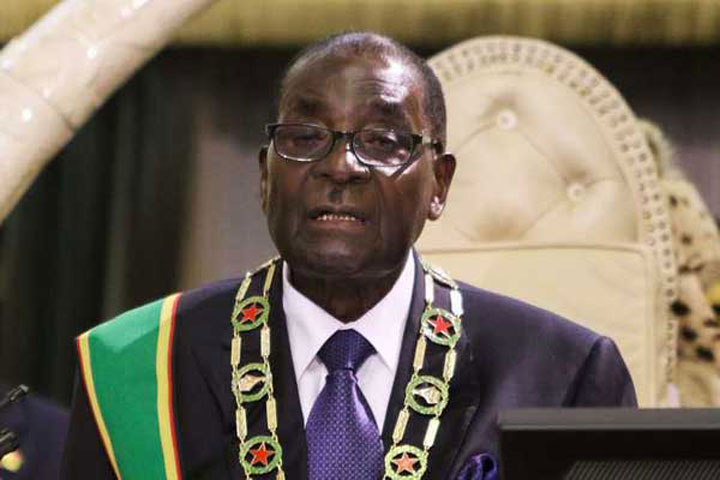 President Robert Mugabe has just addressed the nation but did not tell Zimbabweans what they wanted to hear.

Most people were expecting Mugabe to announce his resignation following yesterday massive march and today’s ZANU-PF central committee decision to replace him as party leader with Emmerson Mnangagwa.

Mugabe acknowledged that squabbles within the party had led to economic decay and this is going to be rectified at the party congress which he will preside over.

This is likely to be construed as defiance by Mugabe but the presence of the defence forces command at his address to the nation and the confusion and jitteriness he showed, clearly shows who is running the show.

The ZDF intervened on Wednesday to prevent the country from being taken over by criminals and counter-revolutionaries, something Mugabe seems to be agreeing with.

The ZDF clearly stated that this was not a military coup and Mugabe was still their commander-in-chief, something he affirmed.

But Insider sources say an agreement was reached last Thursday but the military wants to give Mugabe’s departure legitimacy so that their take over is not seen as a coup.

It is, however, not clear whether people will stomach the wait, but the ZDF has urged Zimbabweans to be patient saying its operation is still on course.

ZANU-PF today gave Mugabe until noon tomorrow to step down as head of government or face the wrath of the people or impeachment.

War veterans leader Christopher Mutsvangwa whose association organised yesterday’s massive show threatened to let the people deal with Mugabe if he refuses to step down.

Mutsvangwa said after Mugabe's address that people will take to the streets on Wednesday. It is not clea whether the military will clear this demonstration.

Three weeks is not a long time to wait for people who have waited for 37 years.

Uncontrolled social media could incite people to take action that could see the army shooting people to defend Mugabe from them as Mutsvangwa said.