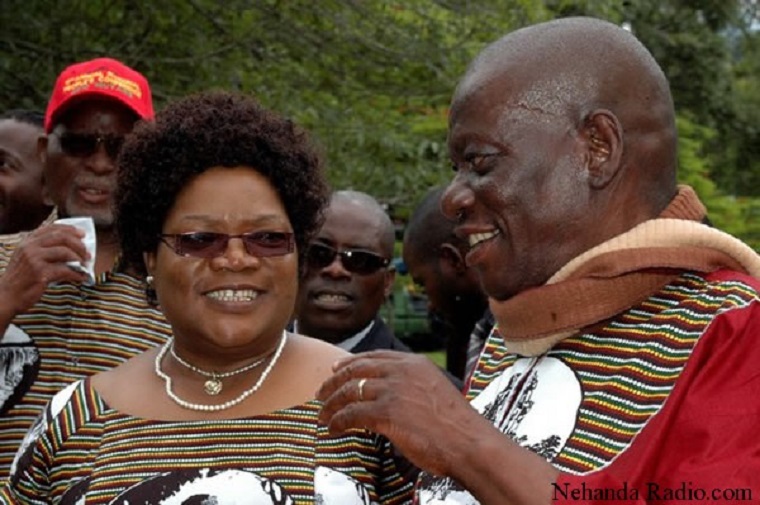 Emmerson Mnangagwa may have been Minister of the mediocre Rural Housing in 2008, but former army commander Solomon Mujuru and his wife Vice President Joice Mujuru still considered him a threat.

They were prepared to agree to a plan that would have seen President Robert Mugabe being reduced to a ceremonial president in a transitional government that would be headed by Movement for Democratic Change leader Morgan Tsvangirai as executive Prime Minister with Joice Mujuru as the only Vice-President.

According to the United States embassy, their sole aim was to sideline Mnangagwa and allow them to consolidate power within ZANU-PF and spearhead ZANU-PF in elections after the transitional government.

The embassy said Mujuru still wielded influence over the military and top generals and could attempt to secure guarantees for their futures.

This was mooted after Zimbabwe reached a stalemate when the international community refused to recognise Mugabe’s victory in the June 2008 presidential elections run-off.

Tsvangirai beat Mugabe in the first round of the presidential elections in March and pulled out of the run-off in June because of violence, so he insisted that Mugabe and chief negotiator South African President Thabo Mbeki must recognise this fact.

He even refused to attend a meeting at State House called by Mbeki because he felt that by going to State House he would be legitimising Mugabe’s authority.

Solomon Mujuru had opposed Mugabe’s nomination as the party’s presidential candidate in 2006 and called for a special congress but lost the battle to the Mnangagwa faction.

He is believed to have urged former politburo member Simba Makoni to stand as an independent promising to join him with a large number of deserters from ZANU-PF but never did so.

Mugabe later blamed his lieutenants for his loss in March saying they had devised a scheme called “bhora musango” under which some people that voted for their local Member of Parliament did not vote for Mugabe.

Mugabe felt that if everyone who voted for a ZANU-PF MP voted for him, he would have beaten Tsvangirai.

But this was not supported by figures.

Below are the first 20 Wikileaks cables on Joice Mujuru, the final 15 will be published tomorrow.

After that the Sydney Sekeramayi cables.