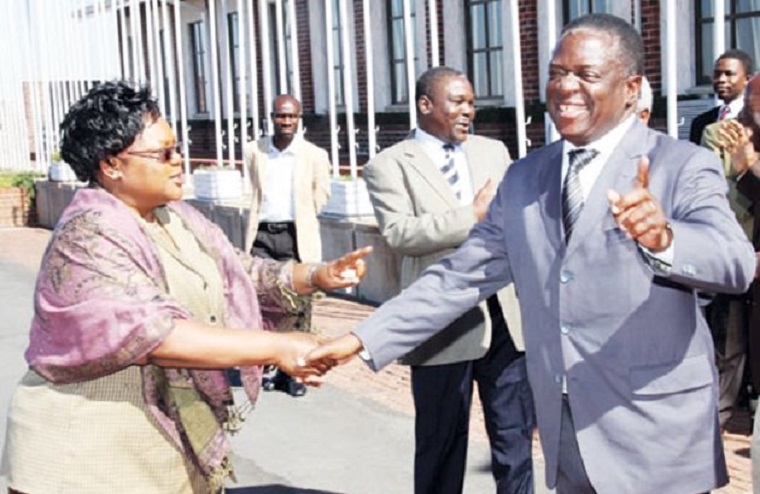 Singer Energy Mutodi could as well have been reading from Wikileaks when he warned President Robert Mugabe to be careful about selecting his successor.

Former Tanzania ambassador to Zimbabwe Adadi Rajabu said that Mugabe had committed a grievous error by not focusing on a successor as this could ultimately lead to chaos if he died suddenly.

He told United States ambassador to Zimbabwe Charles Ray in December 2009 that Zimbabwe’s military was not likely to stand by if there was chaos following Mugabe’s death.

Rajabu said ZANU-PF seems to be still in revolutionary mode and had completely failed to govern the country.

“Robert Mugabe at one time appeared to be looking at Joice Mujuru as a possible successor, but hardliners within the party labeled her and her husband as too close to the US and UK and he switched his attention to Emmerson Mnangagwa,” he was quoted as saying.

“It isn’t clear, though, if this means he sees Mnangagwa as a successor, or if this is just another example of his continuing manipulation of his party.

“Should he suddenly die or be incapacitated, however, there will be chaos. Rajabu believes that those who think the military’s professionalism will keep it from intervening in politics are wrong.

“He thinks that the military would, in such a case, put Mnangagwa forward as leader because the military chiefs and other hardliners don’t trust Mujuru.”

At the time, Mnangagwa was Defence Minister while Mujuru was the country’s only Vice-President following the death of Joseph Msika in August.

She was later joined by John Nkomo that same month but Nkomo died in January 2013, once again leaving her as the only Vice-President until she was kicked out of the party towards the end of 2014, giving way to Mnangagwa who became Vice-President together with Phelekezela Mphoko.

Mnangagwa is currently under siege from Mugabe’s wife, Grace, and her G40 faction but war veterans and some of the service chiefs have warned Mugabe on several occasions to rein in his wife.

Grace Mugabe humiliated Mnangagwa at a youth rally in Bindura leading some to question why Mnangagwa should not resign.

Others, however, have written off Grace’s rants against Mnangagwa who once likened ZANU-PF opponents to puppies barking at an elephant passing through a homestead.

He said they would bark and bark but the elephant would not take any notice and just walk past.

Below are all the 35 Wikileaks cables on Joice Mujuru.

Tomorrow we kickoff with cables on Sekeremayi, now regarded one of the most favoured successors of Mugabe.