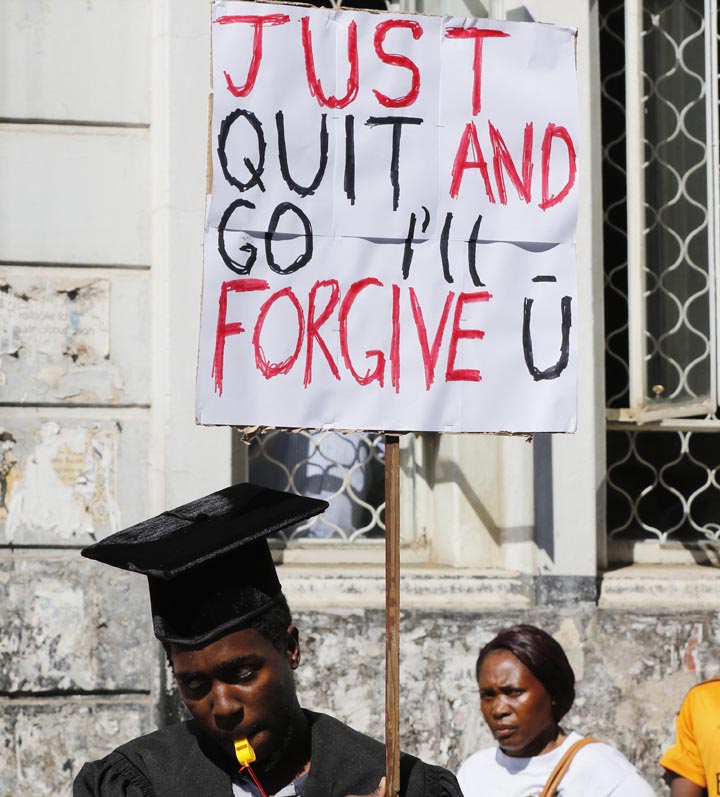 The Zimbabwe African National Union-Patriotic Front is more popular than its leader President Robert Mugabe while opposition leader Morgan Tsvangirai is bigger than his party, the Movement for Democratic Change.

According to figures released by the Solidarity Peace Trust, President Robert Mugabe has consistently won fewer votes than his party in the last two harmonised elections while MDC leader Morgan Tsvangirai, despite being defeated twice and winning once, has always won more votes than his party.

But since the introduction of harmonised elections- when voters elected their councillors, members of parliament, senators and the president all at once, Mugabe has won fewer votes than his legislators in the lower house- the House of Assembly.

Mugabe polled 1 079 730 votes in 2008 while his legislators walked away with 1 112 773 votes. Mugabe lost to Tsvangirai leading to cries that his legislators had encouraged their supporters to vote for them and ditch Mugabe- what later became known as bhora musango.

Despite his better-organised campaign in 2013 dubbed bhora mughedhe, Mugabe still won fewer votes, 2 110 434 against 2 142 000 won by members of the lower house. But this time, everything was forgiven because Mugabe won 61 percent of the poll against Tsvangirai’s 34 percent.

According to the report this was an indication that some people that voted for ZANU-PF at parliamentary level did not vote for Mugabe as their presidential choice which meant that Mugabe was less popular than his party.

This also implies that, contrary to popular belief, ZANU-PF is bigger than Mugabe, and is therefore not likely to collapse when he goes.

Tsvangirai has, on the other hand, always been more popular than his party but he has been losing voters at every election. In 2002, he polled 1 258 401 votes, the highest number of votes ever polled by the opposition.

His party got 1 041 292 votes in the 2005 parliamentary elections before it split over whether to participate in the reintroduced Senate later that year.

In 2008 Tsvangirai polled 1 195 562 votes and his party 1 061 000. His tally was down to 1 172 349 this year. The Insider could not get the total votes for MDC legislators this year including from the Zimbabwe Election Supervisory network report which is still not complete.
According to the SPT report, the MDC has never won the popular vote even in 2008 when it had one seat more than ZANU-PF.

“Tsvangirai as a presidential candidate has consistently drawn more votes than his political party in all elections,” the report says. “This means that some voters are voting for other parties in the opposition or for ZANU-PF at House of Assembly level, and then voting for Tsvangirai as their presidential option.”

It also says that failure by the opposition to unite against ZANU-PF may have cost them 17 seats in the lower house, but ZANU-PF would still have walked away with a two-thirds majority.

The report says even if the opposition united, the figures from the past five elections show that it is unlikely that the opposition can unseat ZANU-PF in 2018 unless there are dramatic internal challenges within ZANU-PF itself which shift the political landscape.

Ed: One Insider reader commented yesterday: MDC now needs a paradigm shift….Cross was spot onThey like what ED said should 'hit the road running' If they don't they will lose relevance….Mugabe is gone…what next?