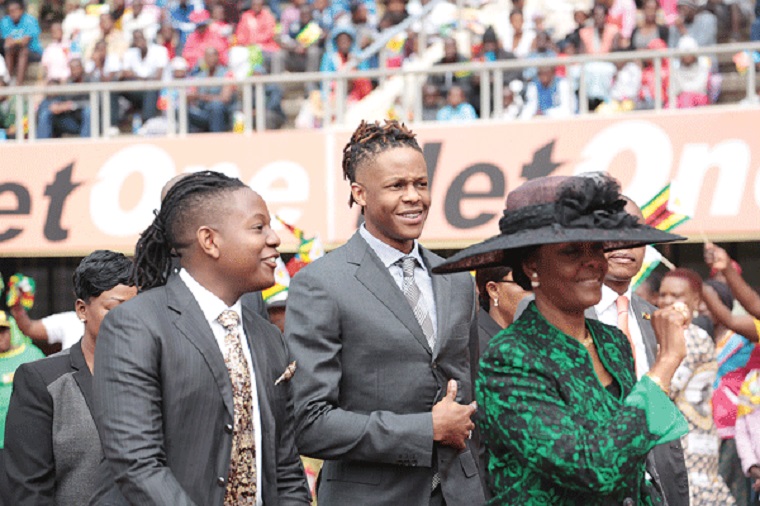 First Lady Grace Mugabe and her children live large.  You hear her children are renting an apartment for R70 000 a month! With this kind of money, one can buy a decent four-roomed house in just three months.

There is also talk about buying a R45 million mansion or renting an apartment for her children in Dubai for $500 000.  She even once said I only wear Ferragamo shoes because I have narrow feet.

This raises the question, how rich is Zimbabwe’s First Family.

The United States embassy in Harare tried to answer that question 16 years ago but could not come up with a clear answer.

But here is what the embassy said.

“The full extent of President Mugabe’s assets are unknown, but are rumored to exceed US$1 billion in value, the majority of which are likely invested outside Zimbabwe,” the embassy said.

“Inside Zimbabwe, the bulk of Mugabe’s assets are reported to be in the form of real property — he and his wife have six residences, including a multi-story mansion still under construction in Harare, in addition to a number of farms around the country.”

The embassy, however, admitted that it had no reliable information on, nor the resources or expertise to determine, the nature and extent of Mugabe’s overseas assets.

“They are rumored to include everything from secret accounts in Switzerland, the Channel Islands, and the Bahamas to castles in Scotland.”

The embassy also admitted that it had no details on financial institutions where the government of Zimbabwe or ZANU-PF officials may hold assets.

The cable which was in response to questions from Washington was probably meant to get information to freeze Mugabe’s assets.

“We admit this is very thin gruel, but we believe it will take extraordinary means — both sources and methods — to develop the detailed responses sought….,” the embassy said.

“We leave it to Washington to determine the value of deploying additional assets — both commercial and intelligence ones — to acquire this information.

“We think that a firm like Kroll Associates could begin to uncover some additional assets linked to the Zimbabwe leadership but doubt that much would show up in the US.”

Below are the first 20 Wikileaks cables on Grace Mugabe, the last 14 to be published tomorrow.

Coming next- the Joice Mujuru cables.