Supa Mandiwanzira in a tight spot 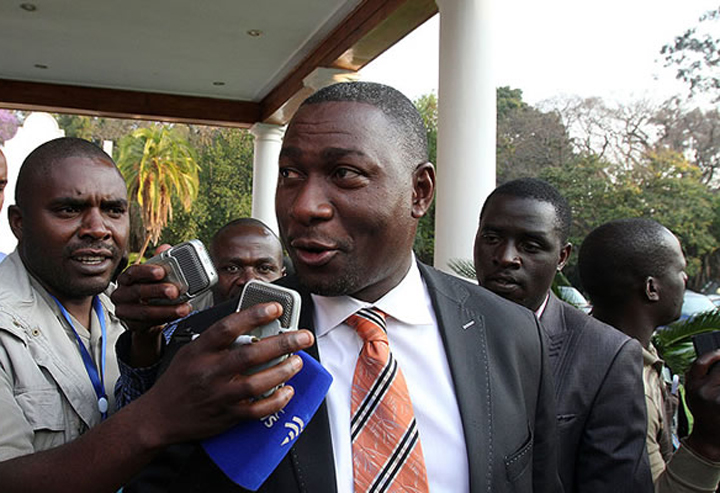 Information Communication and Technology Minister Supa Mandiwanzira is in a tight spot following reports that prosecutor-general Ray Goba has written to the Zimbabwe Anti-Corruption Commission for an update on investigations into allegations of corruption and abuse of office levelled against him by former Netone chief executive Reward Kangai.

Kangai has also widely circulated a 13-page document allegedly directed to President Emmerson Mnangagwa adding that a copy of the document was handed over to ZACC commissioner Goodson Nguni on 9 December 2016.

Kangai claims that Mandiwanziara has captured the Postal and Telecommunications Regulatory Agency of Zimbabwe, the mobile phone operators Netone and Telecel and the fixed network Telone and has staffed them and their boards with his close associates.

He also claims that Mandiwanzira may be involved in multi-million deals that personally benefit him.

Mandiwanzira has brushed off  Kangai’s accusations stating: “Discredited allegations by a fired former CEO implicated in corrupt activities by a PWC forensic audit can’t be the basis for an arrest. Only a confused opposition activist would expect an arrest without investigation.”

The confused opposition activist was Jealousy Mawarire who had tweeted that Mandiwanzira would not be arrested because he had been to a “masowe” with Vice-President Constantino Chiwenga.

“I bet @SupaCollinsM won't be arrested. That can't happen especially after he went kumasowe with the General,”Mawarire tweeted.

Mandiwanzira says the allegations are fake.

“These silly allegations are already subject of defamation ligation against one Reward Kangai in the High Court of Zimbabwe,” Mandiwanzira says.

Goba wrote to ZACC, attention Job Whabira,  on 20 December saying he awaited a response at the earliest available opportunity.

Mnangagwa has vowed to fight corruption but so far no one has been convicted of high corruption though several former G40 members including former Finance Minister Ignatius Chombo, former Mines Minister Walter Chidhakwa, youth leaders Kudzai Chipanga and Innocent Hamandishe have been arrested and are appearing before the courts.

Several high ranking officials from the Zimbabwe African National Union-Patriotic Front have been hauled before the courts on allegations of corruption before but their cases just fizzled out and died never to be resuscitated.

The allegations against Mandiwanzira come at a time when Netone is reported to have just signed a $71 million deal with Chinese technology company Huawei.

A senior executive of Huawei, Teng Hoghfei, was arrested last week on suspicions of taking bribes.

Huawei is now China’s biggest smartphone maker and is third in the world after Apple and Samsung.