South African investor says there will be no load shedding... 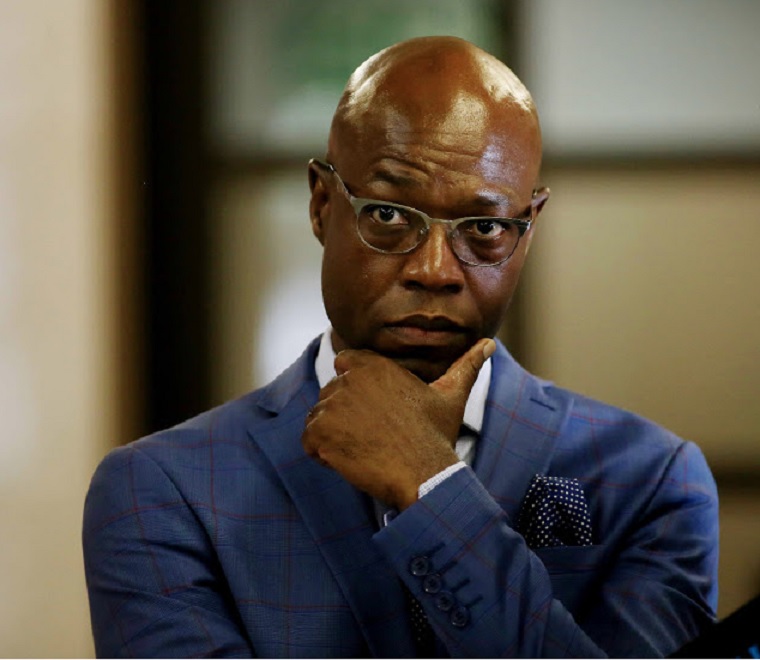 A South African investor Matshela Koko, whose company Matshela Energy, was recently granted a licence to build a 100 MW solar plant in Gwanda, says there will be no load shedding in Zimbabwe in 12 months.

“I stopped load shedding in SA & I will do so in Zimbabwe,” he tweeted. 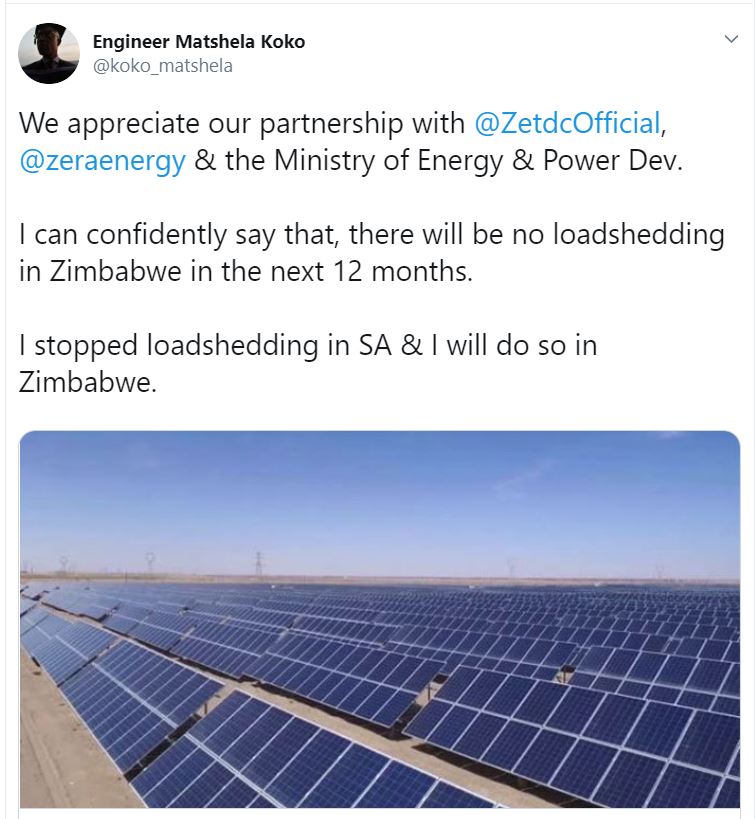 Koko, a former acting chief executive officer of South Africa’s Eskom, has been over the moon since getting the licence.

He says he is very different from Zimbabwean Wicknell Chivayo who won a tender to build a 200 MW solar power plant in Gwanda but failed to do so although he was granted an advance of US$5 million.

““I have had a very successful career at Eskom spanning over 25 years. I have not been charged or found guilty of any corrupt activities and have no pending criminal charges against him,” he told the Sunday Mail.

Koko resigned from Eskom last year while under a disciplinary hearing which was abandoned when he left.

Matshela Energy says it has assembled a world class team for the 100MW Solar PV Project in Zimbabwe which will be in the country to start work next month.

“We are determined to end energy poverty in the region. Watch us when we walk the talk. We will not fail Zimbabwe. We will have boots on the ground in August 2019,” Koko said.

Zimbabwe is facing serious power shortages and is experiencing load shedding of up to 18 hours a day.

This has adversely affected mobile phone companies and the use of mobile money which is one of the most popular ways of trading because of the shortage of notes.