South Africa to supply Zimbabwe with non-lethal weapons to deal... 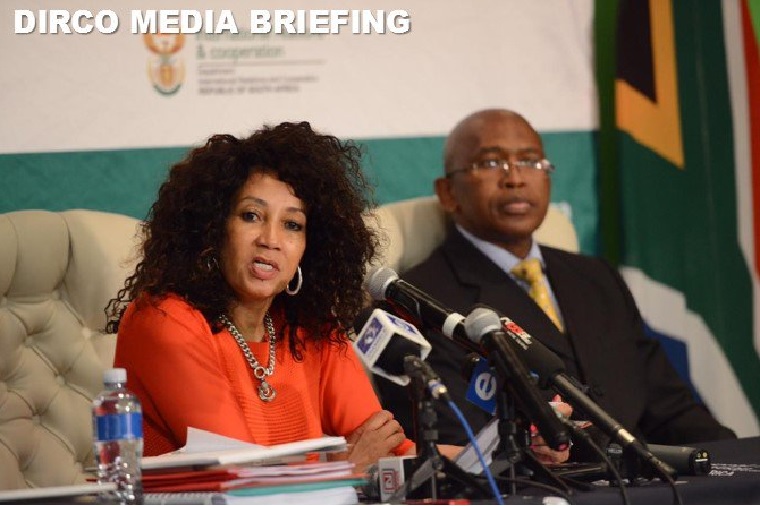 Zimbabwe has been accused of human rights violations following the shooting and killing of six people during the post-election violence in Harare in August last year and a further 17 people during last month’s anti-government protests according to reports by human rights organisations.

Sisulu told a media briefing yesterday that human rights were central to South Africa’s foreign policy “just the same way as people say amen at the end of a prayer”.

She, however, said following a meeting with Zimbabwean President Emmerson Mnangagwa on the sidelines of the African Union summit in Addis Ababa, it was realised that the containment of anger was a serious problem in Zimbabwe in the absence of any non-lethal weapons to deal with angry crowds.

“We are looking into the matter of supplying them (Zimbabwe) with non-lethal ways of crowd control so that we can lessen some of the spill-off effects of trying to contain unhappy people,” she said.

“However, the crux of the matter is that Zimbabwe will not be able to get out of its economic problem unless we are able to convince the world to lift its sanctions and for as long as they are in an economic crisis, which is what they have right now, there will be a great deal of unhappiness among the people.

“We are doing what we can as the SADC region to assist Zimbabwe get out of the situation within the limits of what is possible for us.”

Sisulu called on the West to lift sanctions on Zimbabwe so that the country could move forward.

“I thought by now sanctions imposed on Zimbabwe government and its people would be lifted to enable the country to start afresh after all the challenges they have gone through,” she said.

“We call on EU and particularly the United Kingdom to give the government and the people of Zimbabwe a chance to change their situation by urgently lifting the sanctions.

“Without lifting the sanctions, the government of Zimbabwe will never be able to address its economic challenges, and this is compromising the political gains achieved since the coming in of the new President.”