Slap in the face for Grace Mugabe as Oppah Muchinguri is... 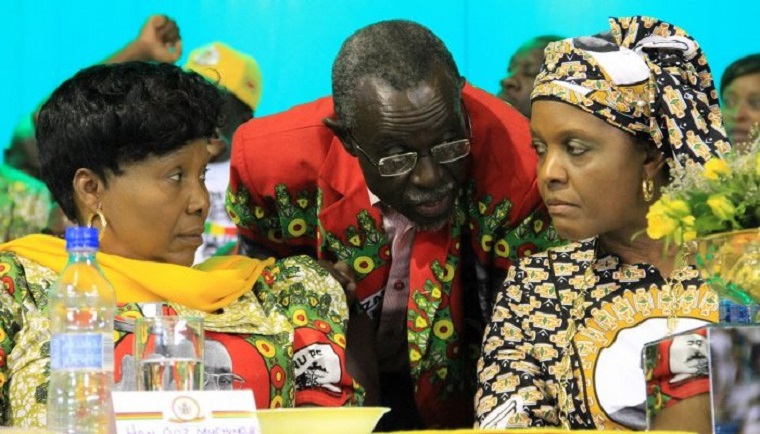 This was a slap in the face of former first lady Grace Mugabe who was positioning herself for that post and was a bitter rival of Muchinguri both in office and in love.

Muchinguri-Kashiri is currently the second highest ranking officer in ZANU-PF pending the appointment of the party and the country’s two vice-presidents.

Muchinguri was the party’s secretary for Women’s Affairs in 2014 but gave up her post after she was allegedly promised by one of the G40 leaders Saviour Kasukuwere that she would be elevated to one of the vice-presidents if she gave way to the first lady.

This did not materiaise as then party leader Robert Mugabe appointed Mnangagwa and Phelekezela Mphoko.

Grace Mugabe’s rivalry with Muchinguri escalated when the former first lady sought to displace Mnangagwa as the country’s vice-president.

Muchinguri, a war veteran, was on Mnangagwa’s side and was about to be expelled soon after Mnangagwa was dismissed and expelled from the party.

Muchinguri-Kashiri was appointed national chair at the special congress.

Although Mnangagwa said he would appoint his two deputies in two days, almost week has now gone by.

There is wide speculation that he might appoint retired former Zimbabwe Defence Forces chief Constantino Chiwenga as one of the deputies.

Mnangagwa might just be waiting for tempers to cool down as Chiwenga’s appointment is widely viewed as rewarding the army for bringing him to power.

Mnangagwa hinted that Chiwenga is destined for a higher appointment at Chiwenga’s farewell party.

From the ZAPU side the only senior person who was not allocated a portfolio at the special congress is Defence, Security ad War Veterans Minister Kembo Mohadi, whose political future was on the line too just before the military intervention for being too close to Mnangagwa.