Six out of 10 now want Kasukuwere out 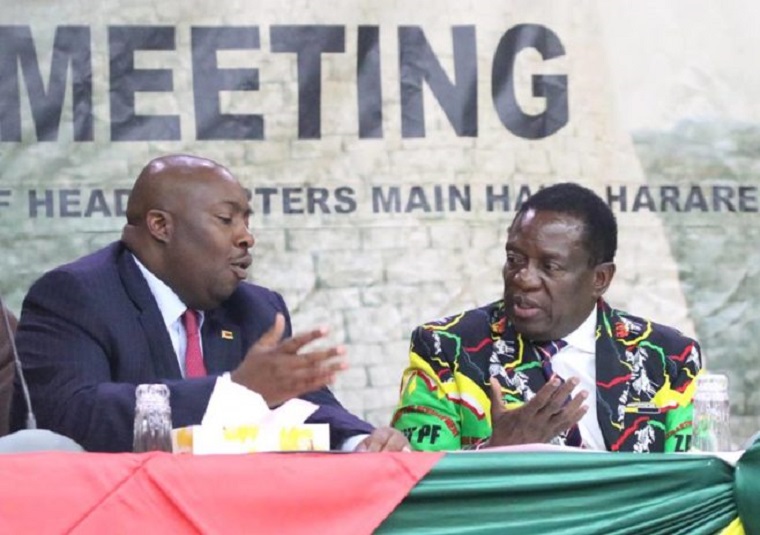 Six out of 10 Zimbabwe African National Union-Patriotic Front provinces have so far called for the expulsion of national commissar Saviour Kasukuwere from both the party and the government putting President Robert Mugabe in a fix.

ZANU-PF secretary for Administration Ignatius Chombo said party organs should not ambush cadres they want out but they must be summoned to attend and make representations to charges they are facing.

Kasukuwere is accused of fanning factionalism and trying to oust Mugabe and is the latest victim in a purge which saw two key officials of the Women’s League, Eunice Sandi-Moyo and Sarah Mahoka being forced to resign their party posts.

The man that Kasukuwere has been trying to get rid of, Vice- President Emmerson Mnangagwa, however, said squabbles within the party will not weaken it but will instead make the party stronger as it has experienced much bigger challenges since its inception.

“I have been in the party since 1962, I can’t remember a year when there were no squabbles since 1962, but we are still going,” he was quoted by The Herald as saying. “The squabbles make us stronger and more sharpened to deal with issues.  If everything dies and there are no squabbles, and there is nothing, I would be very worried. When these things happen, you now know what people are thinking and you know what to do to resolve the misthinking.”

The provinces that have so far called on Kasukuwere to go are:  Mashonaland West, Harare, Midlands, Mashonaland Central, Masvingo and Bulawayo.