Russia’s Alrosa wants controlling stake to mine in Zimbabwe 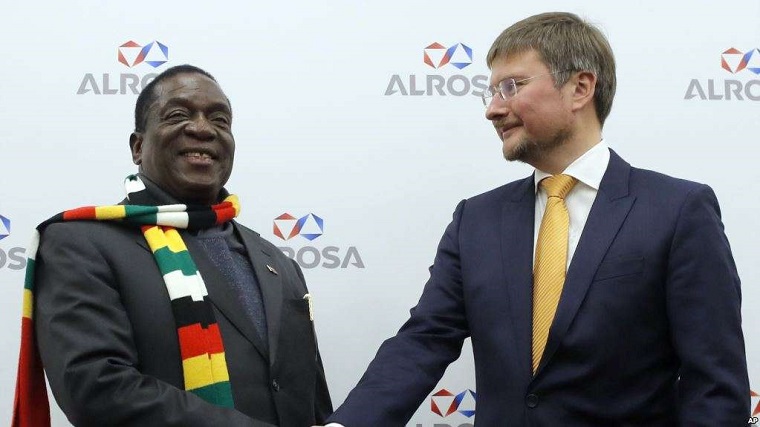 Russian State-controlled miner Alrosa will assess the quality of Zimbabwe’s diamond reserves over the next six months but would only start mining if it can take a majority stake in such a project, the company’s chief executive said yesterday.

Zimbabwe is seeking to attract investment and has scrapped legislation that restricts foreign participation for some commodities. It has yet to do so for diamonds and platinum but has said that it will.

“Of course we’ll only be ready to participate in projects in cases where we can have management control and operational control of the assets,” Alrosa CEO Sergey Ivanov said.

That would mean a stake of at least 51%, he said, adding that he would be confident of achieving that if it gets to the stage of detailed discussions on how to advance a project.

Russia, along with China, has been a political ally of Zimbabwe since the days of its independence war against British rule, and this year Zimbabwe selected Alrosa and China’s Anjin Investments to partner its state diamond company.

Alrosa, the biggest diamond producer by volume, as well as Anglo American’s De Beers, the biggest in value terms, both say supply will shrink in the coming years as mines, such as Rio Tinto’s Argyle project, become depleted.

Laboratory-grown diamonds will add some supply. But Alrosa, like De Beers, says man-made stones are a separate market and have no re-sale value, in contrast to natural gems.

De Beers last year began marketing laboratory diamonds as jewellery for the first time, but Ivanov said that Alrosa has no interest in following suit.

The company is, however, expanding in Africa, where Zimbabwe and Angola remain under-explored.

Last year Alrosa said it was increasing its stake in Angola and Ivanov expects a deal to increase Alrosa’s stake in Angola, first flagged last year, will close “in the near future”.

Alrosa and the Angolan government would each have a 41% stake, with the rest held by Chinese investors.

Ivanov said stake size is not the only consideration and in Angola the company has reached agreement on corporate governance, transparency and has established an advisory board.

Alrosa is also protecting itself against the impact of US sanctions by building trading infrastructure to allow transactions in currencies other than dollars, amounting to “a couple of percent” of its business.

He said it would not be rational to switch totally from dollars because that could distort the market.

“But in case there’s some geopolitical escalation, we should be able to switch to other currencies,” he said, citing Indian rupees, Chinese RMB and euros. –Mining Weekly