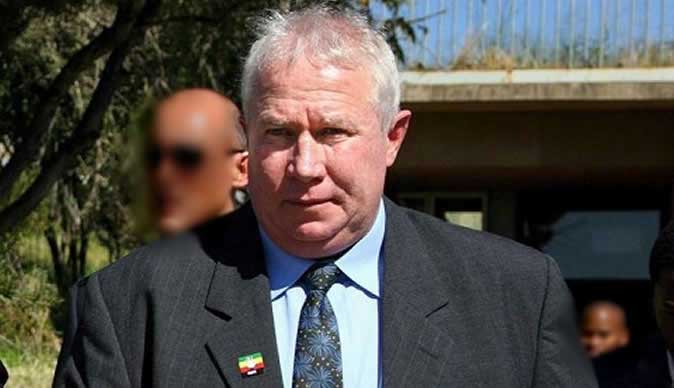 One of the founding members of the Movement for Democratic Change Roy Bennett died today together with his wife Heather in a helicopter crash in Canada.

Details are still sketchy but some of his colleagues have confirmed his death.

MDC-T vice-president Nelson Chamisa tweeted: “I’m devastated as I have just received tragic news about Roy Bennet and wife’s involvement in a helicopter crash while in Canada.”

Tendai Biti, who worked with Bennett from 2006 with Biti as secretary-general of the MDC-T and Bennett as the treasurer, tweeted: “Just learnt of the tragic passing on in Canada of Heather and Roy Pachedu Badze Bennett. What a serious loss to mankind What a blow to Charles and the rest of the family . What a blow to our struggle . I can’t believe I can’t believe I will never speak to you again Badze !”

Bennett has been living in exile in South Africa since 2009 when he was forced to flee the country for the second time after the Zimbabwe government charged him with treason.

Bennett was appointed deputy Minister of Agriculture in the inclusive government but former president Robert Mugabe refused to swear him in.