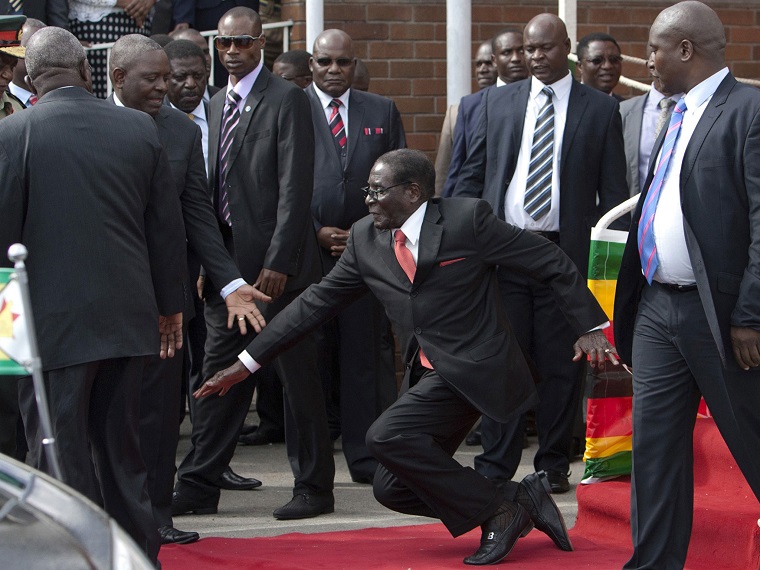 President Robert Mugabe’s health has been topical of late especially since the number of his visits to Singapore for “medical check-up” have become more frequent.

But nearly 10 years ago, one of his closest advisors, Reserve Bank of Zimbabwe governor Gideon Gono, told United States embassy officials that despite a strong public face, Mugabe was physically weak and had difficulty getting out of his chair.

One wonders how Mugabe, who was 84 then, has managed to pull the stunt for almost a decade as he continues to globe trot and address mass rallies.

And he still intends to contest another term.

Back then his deputy Joseph Msika, who has since passed on, and other top Zimbabwe African National Union-Patriotic Front officials wanted Mugabe out as executive president.

Gono, who was eyeing a post initially as Prime Minister and later as Finance Minister, asked the US government for a soft landing if he failed to land a government post.

When Gono told United States ambassador James McGee that he wanted to do the right thing, McGee told him, the right thing was to walk away from both the Reserve Bank of Zimbabwe and the government.

But Gono said he had an obligation to work for his family and his country.

Gono, it would appear, was more interested in securing his own position because at one time he told US embassy officials that Mugabe had been diagnosed with cancer and had been given two more years.

Gono did not only fail to make it into government or the ZANU-PF politburo as he wanted but he was even barred from becoming a legislator.