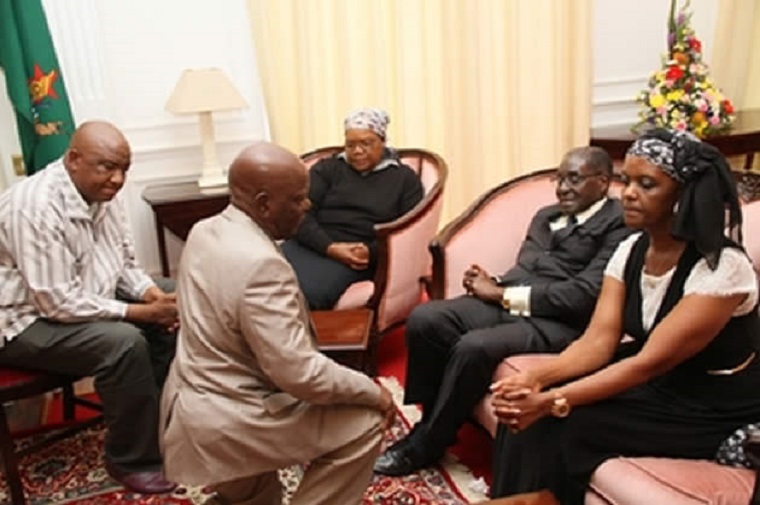 Waiting for President Robert Mugabe to die is not the perfect solution for Zimbabwe’s problems.

That was the feeling of Dutch and United States officials as they advocated for South Africa to be more aggressive on Zimbabwe but were rebuffed by then South African President Thabo Mbeki.

Mbeki who was criticised for his quiet diplomacy on Zimbabwe brought the Zimbabwe African National Union-Patriotic Font and the Movement for Democratic Change to the negotiating table and helped them form a government of national unity that brought back normalcy to the country, though the country is facing another crisis, this time deflation and a cash shortage.

Mbeki’s stance on Zimbabwe, however, cost him his job when he was forced to step down before the end of his term.

Although these sentiments were expressed when Mugabe was 81, he has survived another 12 years.

His health seems to be failing but Mugabe has defied all odds and is contesting next’s elections to serve another five years which will be his final.

A relatively unknown prophet has, however, said Mugabe will die in October this year giving him another three months from now.

But whispers about Mugabe’s death are nothing new.

Even his close buddy Gideon Gono once said doctors had given Mugabe two more years but he has survived not just those two years but seven more.

Mugabe himself even wondered at the funeral of his sister Bridget in 2014 why he had lived this long when all his siblings have died.

“Bridget is gone, not because we could not take care of her but because her time was up. People should therefore not question why I am still alive when all others are going.  I don’t know why I have lived this long while all others are gone, it is God’s plan,” he said.

Below are the first 240 of 626 Wikileaks cables on Mugabe.