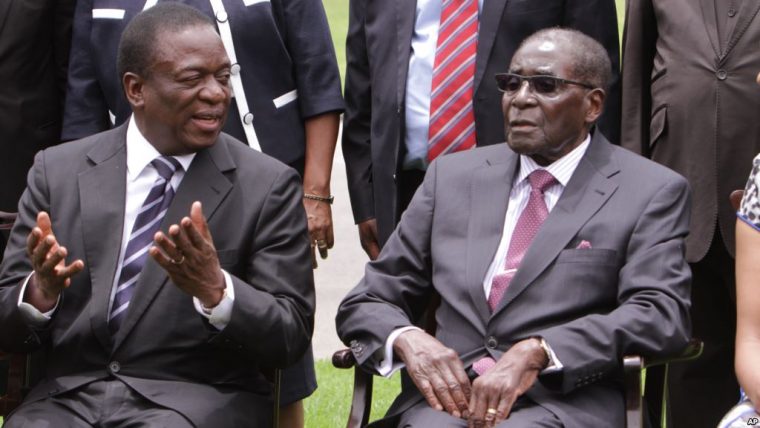 President Robert Mugabe was prepared to hand over power to Emmerson Mnangagwa way back in 2002 provided he was allowed to complete his presidential term which ended in 2008.

South Africa’s African National Congress, reportedly bought into the plan which was presented to them by Mnangagwa, according to the then Movement for Democratic Change Shadow Minister for Justice David Coltart.

Coltart told United States embassy officials in Harare that he had been briefed about the plan by ANC senior member Patrick Moseki.

Under the plan Mugabe was to serve out his term, which expired in 2008, but would appoint Mnangagwa, who was Speaker of Parliament at the time, as Prime Minister and gradually turn over most executive functions to him.

Mnangagwa would offer a token number of cabinet positions to the MDC.

He suggested two seats but was urged by some of his ANC interlocutors to increase that number to five.

Mnangagwa said if the MDC opted not to go along with the plan, it would be crushed ruthlessly.

The Zimbabwe African National Union-Patriotic Front would implement the plan regardless of what the international community thought of it or Mnangagwa.

It was not clear whether Mnangagwa was acting in his personal capacity or had been instructed by Mugabe.

At the time Zimbabwe had two Vice-Presidents Joseph Msika and Simon Muzenda who were both senior to Mnangagwa.

It was also not clear what scuttled the plan.

Mnangagwa’s relations with Mugabe soured in 2004 after the aborted Tsholotsho meeting which sought to bar Joice Mujuru’s ascendancy to vice-president of the party.

They were only mended after the 2006 Goromonzi party conference when Solomon Mujuru opposed Mugabe’s candidature for presidency in 2008 and called for a special congress.

Mnangagwa is reported to have engineered the rejection of Mujuru’s proposal as early as March 2007 resulting in the special congress endorsing Mugabe.