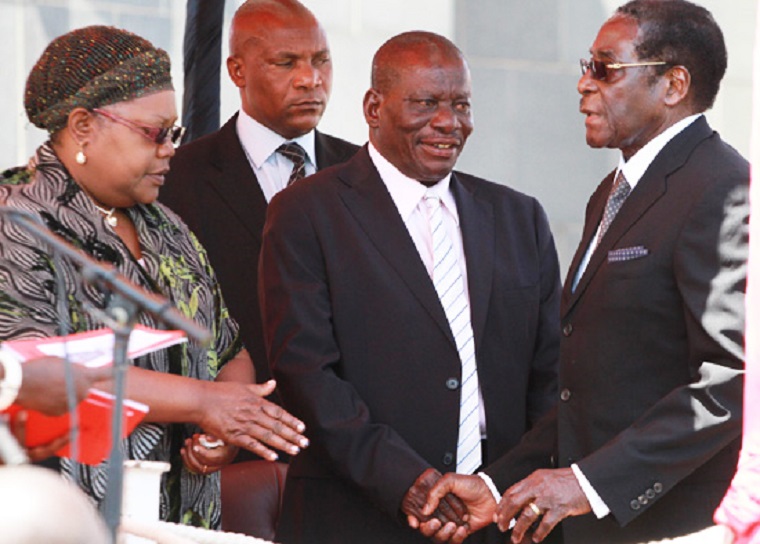 David Butau, one of Joice Mujuru’s closest confidantes, told United States officials on 31 May 2007 that they only had five months to come up with a plan to unseat Mugabe.

If the Mujuru camp was not able to force Mugabe out by the time of the extraordinary congress, Butau said Mugabe would solidify his candidature and with it the presidency.

Butau outlined three possible scenarios for the near term:

Butau said that ZANU-PF was headed for a train wreck, with one faction led by Mugabe determined to stay in power at any cost and another faction led by Mujuru desperate to save its business interests.

He said unless Mujuru was able to gain the upper hand soon, the factional battles could spiral out of control.

Butau discounted Rural Housing Minister Emmerson Mnangagwa and his camp saying “they were still licking their wounds from a strong rebuke from Mugabe in late2004 and had contented themselves with allying (at least temporarily ) with Mugabe in the hope that he would once again turn his favour in their direction”.

He said that the economic crisis bedeviling the country then was crippling the pocketbooks of ZANU-PF insiders, so the only way to confront Mugabe’s inner circle was on economic issues.

He therefore wanted the US to “quietly support the reformist element of ZANU-PF in this battle”.

Below are the first 280 of 626 Wikileaks cables on Mugabe.