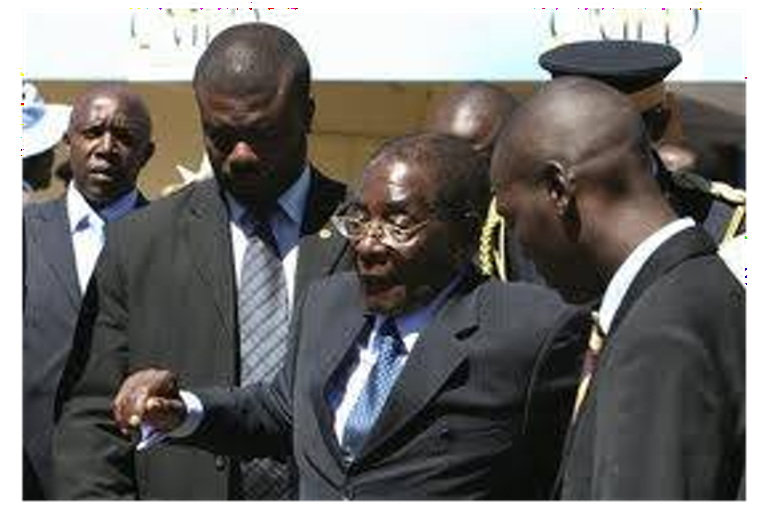 Zimbabwean President Robert Mugabe continues to defy odds as he trudges on as the Southern African nation’s head of state, now well into his 38th year.

The Daily News was probably right when it said that leaders like Mugabe “believe their destiny is to rule their countries until they drop dead”.

Mugabe is the Zimbabwe African National Union-Patriotic Front candidate for next year’s presidential elections which means he will be 99 if he survives his term.

Though it was commenting on Madagascar President Didier Ratsiraka, the Daily News’ sentiments were also relevant to Zimbabwe.

“Didier Rastiraka if Madagascar is a typical caricature of an African leader: he refuses to accept change and seem to believe that without him at the helm Madagascar would sink without trace into the Indian Ocean. . . He and other leaders cling to the outrageous notion that African democracy is not necessarily compatible with the Western variety. They seem to suggest African democracy must include a strong dash of totalitarianism to function effectively. . ,” the paper said.

“Africa is the poorest continent primarily because the  freedom in which spectacular economic development and unfettered political activity can thrive does not exist in many African countries. The rulers, most of them old men of the ilk of Madagascar’s Didier Rastiraka and our own Mugabe, believe their destiny is to rule their countries until they drop dead.”

But the Financial Gazette got it all wrong. It predicted that Mugabe and his government will face the same ignominious exit as former Rhodesian Prime Minister Ian Smith did, adding that it could even be worse.

This was after the United States and the European Union imposed sanctions on Mugabe who had just won another term as President.

“As Smith now knows only too well, a vain attempt to defy the world over a clear injustice has its price, and Rhodesia and Smith himself eventually learnt this lesson to their grief. It won’t be different now for Mugabe. . .” the paper said.

“As Zimbabwe today marks its 22 years of independence, is it not an irony that the country is once again under international sanctions for government-sponsored anarchy, as it was for several years up to 1980?

“Instead of withdrawing into a cul-de-sac and hoping that normalcy will eventually return to Zimbabwe, Mugabe and his advisers must get real and do so quickly. They need to acknowledge the deep-seated grievances that their actions have caused and correct these before it is too late.

“Not even the half-backed economic reforms led by agriculture, which the government is toying around with, will ever work in a climate of mayhem and international sanctions. The alternative to doing the right thing now is clear: Mugabe and his government will face the same ignominiousexit as Smith did. It could even be worse.”