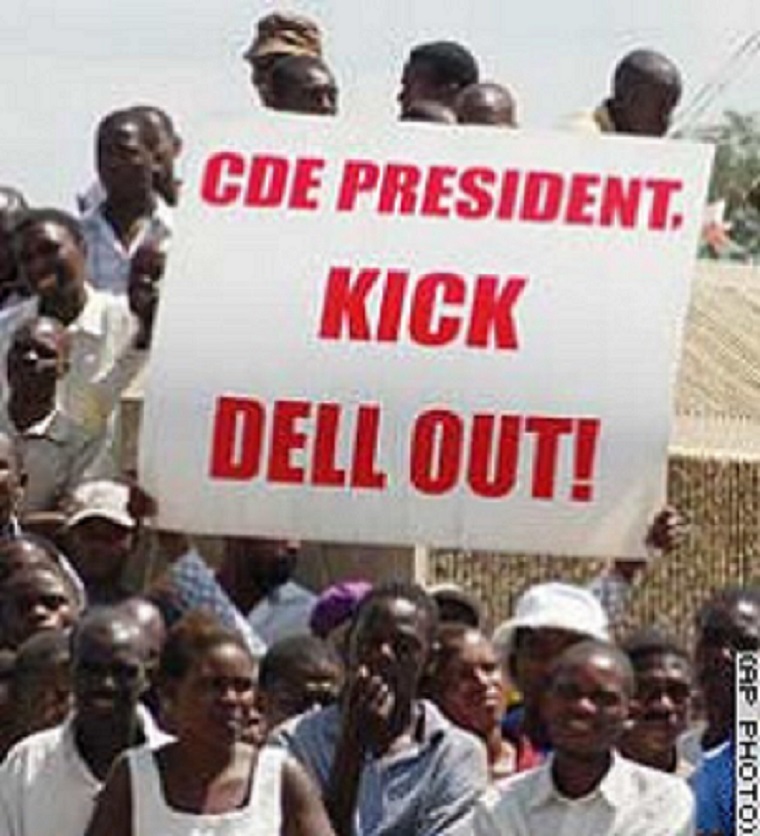 United States ambassador Christopher Dell, who most people believe was posted to Zimbabwe in 2004 to effect regime change, said President Robert Mugabe has survived for so long because he is “more clever and more ruthless” than any other politician in Zimbabwe.

“To give the devil his due, he is a brilliant tactitian and has long thrived on his ability to abruptly change the rules of the game, radicalize the political dynamic and force everyone else to react to his agenda,” Dell said in his farewell cable before leaving Zimbabwe.

He said Mugabe was fundamentally hampered by several factors:

Dell said while Mugabe’s tactical skills had kept him in power for 27 years, over the last seven this has only been achieved by a series of populist, but destructive and ultimately self-defeating moves.

“ In reaction to losing the 2000 referendum on the constitution, a vengeful Mugabe unleashed his ‘Green Bombers’ to commit land reform and in the process he destroyed Zimbabwe’s agricultural sector, once the bedrock of the economy.

“While thousands of white farmers saw their properties seized, hundreds of thousands of black Zimbabweans lost their livelihoods and were reduced to utter poverty.

“In 2005, having been forced to steal victory by manipulating the results of an election he lost, Mugabe lashed out again, punishing the urban populace by launching Operation Murambatsvina. The result was wholesale destruction of the informal sector, on which as much as 70-80 percent of urban dwellers had depended, and the uprooting of 700 000 Zimbabweans.”

Mugabe did not contest the 2005 as these were Parliamentary elections.

He contested the 2002 presidential elections.

Zimbabwe’s elections were only harmonized in 2008.

Below are the first 300 of 626 Wikileaks cables on Mugabe.