Rich countries to blame for Cyclone Idai- here’s how they... 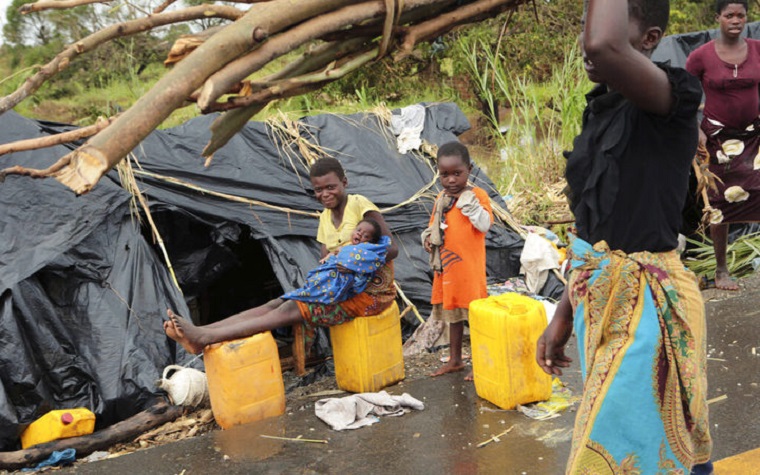 The tropical cyclone rampaging south-eastern Africa has been described as one of the worst disasters ever to strike the southern hemisphere, with up to 2.6m people potentially affected in Mozambique, Malawi and Zimbabwe.

The death toll may not be known for months, but it is already likely to have run to hundreds and possibly thousands of people. The brunt of the disaster has been borne by the coastal city of Beira in central Mozambique, 90% of which has been reportedly destroyed.

It is inevitable that people will connect Idai and climate change. It is always tricky to establish a direct causal link, but thanks to the evidence provided by a number of reports from the Intergovernmental Panel on Climate Change (IPCC), including this most recent one from October 2018, we know that climate change is bound to increase the intensity and frequency of storms like Idai.

At the very least, this crisis is a harbinger of what is coming.

Knowing this is a luxury that we must not squander. The IPCC estimates we have 12 years to prevent the Earth’s climate from crossing the 1.5℃ warming threshold, beyond which the effects are likely to become significantly worse.

We should be spending this time both trying to minimise the increase in global temperatures and making people more prepared for similar events in future.

The West has a duty to shoulder most of the burden here, for reasons I’ll explain in a moment. To do so, it needs to rethink its entire approach to international development.

Over the next few weeks, we may hear that Beira’s geography makes it particularly prone to natural disasters. We may hear that the region lacks an efficient early-warning system to alert its population. We may even hear some victim-blaming rhetoric that local people refused to leave despite being warned. Arguments like these all obscure a much more important explanation for what has happened.

It is not only the intensity of environmental disasters that makes them devastating – poverty also has a huge bearing on how things play out.

Houses in poorer areas will often be less stable, storm barriers may be weaker, sanitation is often a problem, emergency services will be poorly resourced – and preventing disease outbreaks may be hindered by the poor state of public health services.

Good example are hurricanes Katrina and Sandy in the US. Katrina struck New Orleans and the surrounding region in 2005 while Sandy hit New York and New Jersey in 2012. Sandy hit a far more densely populated area, but the death toll was at least five times lower than Katrina and it only caused about half the damage.

While Sandy was a category three storm to Katrina’s five, this was certainly not the only reason for the disparity. New Orleans, one of the poorest cities in the US, had poorly constructed levees which were easily overcome by the flood. Many people did not have cars, so couldn’t evacuate easily when the authorities told them to.