Prices of goods in Zimbabwe fall as consumer power leads... 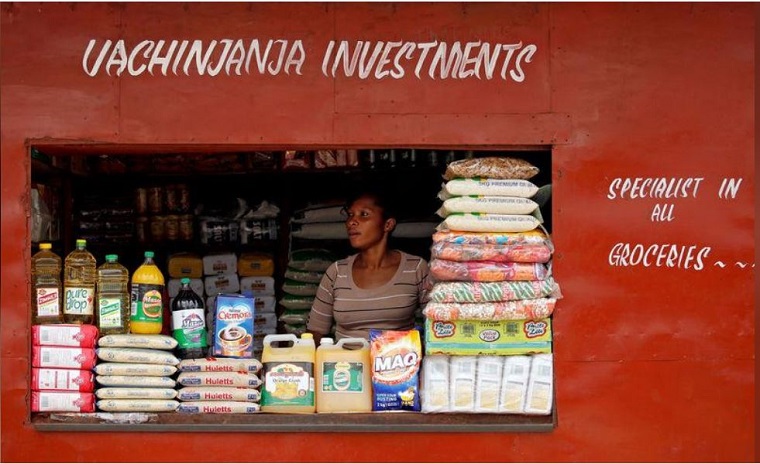 Call it consumer power or falling demand, the effect is the same. Prices of some products have started falling as most consumers can no longer afford them.

According to the Confederation of Zimbabwe Retailers consumer demand has declined by at least 40 percent since the price hikes that started with the announcement of new fiscal and monetary policies in October last year.

Inflation soared from 5.4 percent to 166 percent.

Delta Corporation, the country’s largest beverage maker, has reduced the prices of its drinks.

Nestle has done the same.

The price of mealie meal is also going down.

Confederation of Zimbabwe Retailers president Denford Mutashu said: “Consumer demand has declined by an average 40 percent due to purchasing power pressures. The market is in a price self-correcting mode. Businesses that continue to profiteer will soon find their market share gone.

“I was shuttered to discover that a local hotelier buys a 2 litre Mazowe orange crush for RTGS$13.99, sells a ‘shot’ (which is equivalent to the bottle cap) for RTGS$3.00. One gets 20 ‘shots’ from a 2 litre bottle making it RTGS$60.00 just for one bottle. The saddest part was the state of the employees’ welfare who are wallowing in poverty as they earn an average of RTGS$400 per month.”

Mutashu told the Herald that small companies should take a leaf from the bigger corporates if they are going to survive.

Sifelani Jabangwe, president of the Confederation of Zimbabwe Industries which represents manufacturers, confirmed that prices were falling.

“Market forces are at play. Prices have exceeded the affordable reach of most people and manufacturers have realised that demand of their products is going down,” he said.

“I believe that we will start to see a number of manufacturers following suit in terms of reducing prices, because the prices in Zimbabwe have been pegged against the parallel market exchange rate and we anticipate this rate to go down and surely prices will start going down.”