Parliament to meet at16:30 to consider motion to remove Mugabe 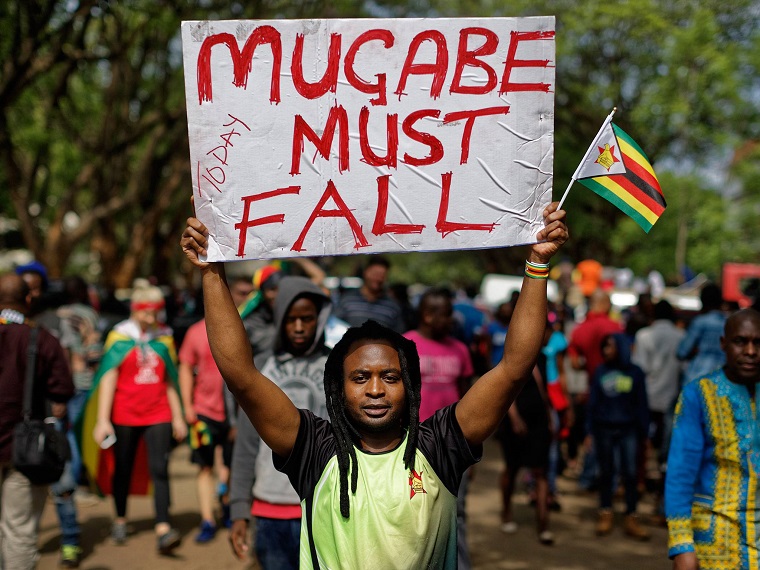 Zimbabwe’s Parliament, both the House of Assembly and the Senate, will meet at the Harare International Conference Centre today at 16:30 to consider a motion to remove President Robert Mugabe.

Speaker of Parliament Jacob Mudenda said the notice to remove Mugabe was proposed by Senator Monica Mutsvangwa, wife of war veterans leader Christopher Mutsvangwa, and was seconded by Mabvuku/Tafara legislator James Maridadi of the opposition Movement for Democratic Change.

It also gave Mugabe until mid-day yesterday to step down as Sate President but he refused to step down and instead said he had opened talks with Mnangagwa to come up with a roadmap.

Mnangagwa has since said he is not talking to Mugabe because the people have spoken. Besides, his security is not guaranteed if he returns to the country now.

Parliament is going ahead to impeach Mugabe because there are fears that things might implode because of the restless population that wants Mugabe to go.

The military which took over last week was prepared to wait and hoped that Mugabe would step down with dignity at the party congress next month but he seems to be digging in.

There was wide speculation that Mugabe would be granted immunity if he resigned.

It is not clear whether he will enjoy this immunity if he is impeached.

Mugabe seems to be surrounded by a surreal family with his wife who was boasting that she could stand up to any man not anywhere to be seen.

There have been some media reports that she was separated from her husband because she was a bad influence while others said she fled to Namibia.

His wild son Bellarmine Chatunga, known to flaunt his family wealth,  said: “You can't fire a Revolutionary leader ! Zanu Pf is nothing without President Mugabe  Gushungo will always remain the champion of champions! Proud of you Gushungo Proud of Dad. Gushungo always and forever to death.”

There are whispers that Mugabe might have been given the impression that the police could protect him and even revolt against the military.

Justice Minister Happyton Bonyongwe who was the intelligence boss only a month ago was reported by Chris Mutsvangwa to be lobbying against the impeachment.