No rift between Mugabe and Mnangagwa! 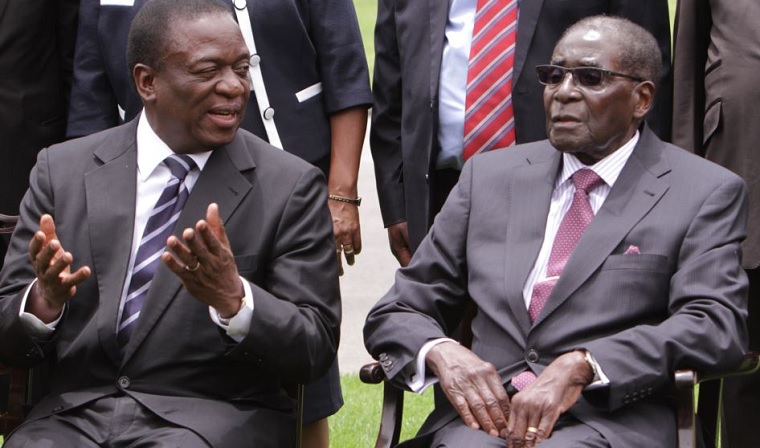 The Zimbabwe African National Union-Patriotic Front has dismissed reports of a purported rift between party leader Robert Mugabe and his deputy Emmerson Mnangagwa saying this is the work of regime change agents under the guise of journalism.

A local privately-owned daily, the Daily News,  said ZANU-PF was headed for a split because of the alleged fight between Mugabe and Mnangagwa, but ZANU-PF spokesman Simon Khaya Moyo said nothing could be further from the truth.

“The story cannot be anything besides being one of those many wishful and hogwash smear campaigns often peddled against ZANU-PF and its leadership by regime change agents under the guise of journalism,” Moyo told The Chronicle.

He said relations between Mugabe and Mnangagwa were  as “ cordial as ever and, all prophets of doom shall always be put to shame”.

The purported rift follows remarks by Mnangagwa that he was poisoned at the Gwanda youth rally, an announcement that was seen as opening old wounds.

Observers say there has never been a rift between Mugabe and Mnangagwa.

There is, however, bad blood between Mnangagwa and First Lady Grace Mugabe largely because she feels that Mnangagwa will not protect her if he succeeds her husband.

Mnangagwa has, however, stood behind Mugabe and remains his most trusted lieutenant, something that is reportedly irking both his close allies and foes alike.