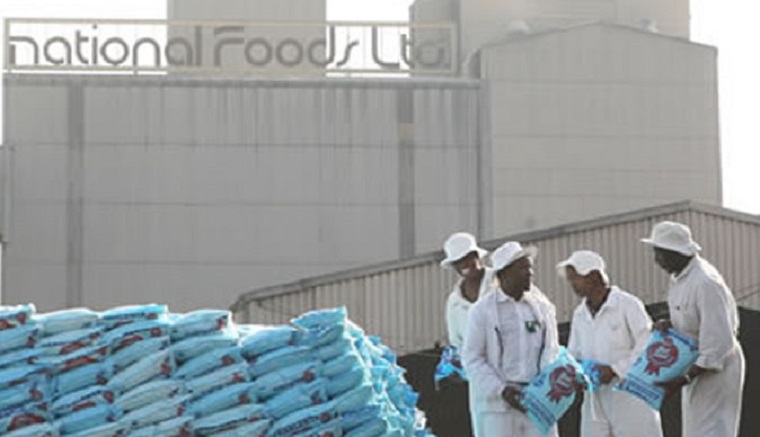 National Foods says profitability for the first quarter to September is largely in line with expectations, but volumes fell 10 percent below the same period last year.

Demand for stockfeed was lower by 9 200 tonnes following an outbreak of bird flu which reduced demand.

The flour unit on other hand performed strongly, with volumes growing by 18 percent compared to last year.

Lashbrook said during the period under review, costs were well controlled as the ongoing work on the cost base continues to take effect.

He said the central bank has continued to provide assistance for the importation of key commodities, mainly wheat.

“We continue to work closely with the banking sector to manage our foreign currency requirements as well to invest in extending our pipeline of key raw materials. To this end, working capital increased by $9.3 million during the quarter to $88.3 million,” he said.

Lashbrook added that National Foods, an Innscor associate, currently has a good pipeline of raw materials in most of its key categories.

The company also discontinued the importation of pasta due to the need to prioritise foreign currency and but added that this will not have a material impact on profitability of the group. – The Source