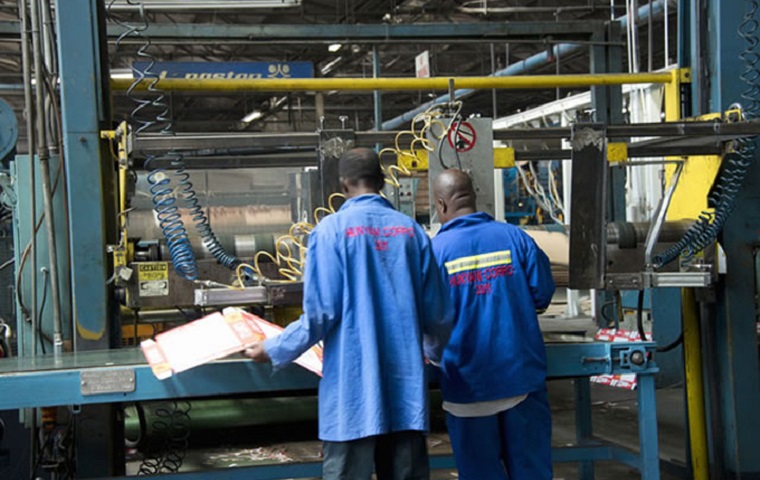 Nampak Zimbabwe’s after tax profit fell 43.4 percent to $838 000 in the six months to March, from $1.48 million in the same period last year, on the back of subdued demand in the plastics and metals segments.

Revenue dropped 9 percent to $43.1 million from $47.6 million recorded in the comparable period previously.

However, the paper segment benefited from import restrictions and improved tobacco packaging demand.

Revenue for the Hunyani paper and packaging unit rose 27 percent on last year, and its operating profit was ahead of prior year.

Earnings before interest, tax, depreciation and amortisation (EBITDA) were 19 percent weaker at $4.07 million from $5.05 million recorded in the comparable period last year.

The plastic and metals unit, CarnaudMetalbox revenue fell 23 percent relative to the same period last year on the back of depressed HDPE bottles and closures sales even though metal cans experienced a moderate sales improvement.

Consequently, the unit incurred an operating loss compared to a prior year operating profit.

Mega Pak revenue plummeted by 34 percent as a result of reduced preform volumes.

Nicholson said the unit had implemented cost containment measures to offset the decline in operating profit.

Net cash generated from operating activities increased by 84 percent to $11.7 million from $6.4 million recorded in the same period in the prior year.

Going forward, the company said it will focus on cost containment and cash management to survive.

It did not declare a dividend.-The Source